COVID-19 is real, it almost killed my pastor: Kumuyi

Unlike Mr Kumuyi, some popular Nigerian preachers like Chris Oyakhilome and David Oyedepo have discountenanced the severity of the pandemic. 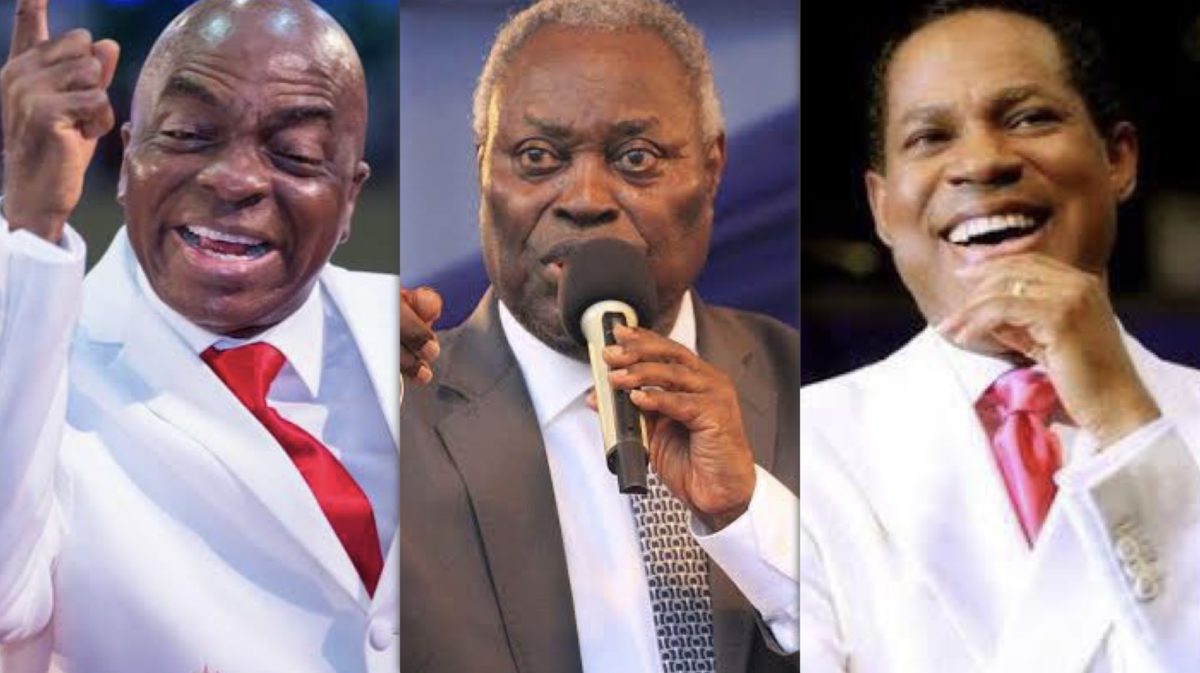 A composite of Oyedepo, Kumuyi, and Oyakhilome used to illustrate the story

Pastor William Kumuyj, the General Superintendent of the Deeper Life Ministry, has debunked claims that COVID-19 is politically motivated, disclosing that the virus almost killed a pastor in his church.

Mr Kumuyi said, “We had people who had COVID-19 situation and were in isolation.

“One of our Pastors was in isolation and was about to pass on.”

The notable preacher made the assertion in a media briefing ahead of the church’s six-day global crusade. He noted that the experience of his church members within and outside the country showed the virus is real and not politically arranged as widely believed.

“According to him (the ailing pastor), he had said his last prayers because, in that isolation, he had seen other people dying,” Mr Kumuyi said, adding that he also prayed for a family who contracted the COVID-19 virus, but after the prayer, the family was healed.

“In America, we have a family, the child went to school, got COVID-19.

“The father, the mother, the three children making six of them, they all had COVID-19.

“I prayed for them and by the grace of God, everything was fine,” Kumuyi said as reported by Channels TV.

Further speaking, he recalls an incident of one of his church members in Congo.

“Just this week in the Democratic Republic of Congo, one of our leaders there was in isolation and it was COVID-19.

“They called on the phone and I prayed. I got their text yesterday that everything is all right. So, Covid-19 is real but God has a solution for every problem,” he added, advising the public to keep safe and obey all safety instructions.

Unlike Mr Kumuyi, some popular Nigerian preachers like Chris Oyakhilome and David Oyedepo have discountenanced the severity of the pandemic, alluding that it was a scheme to keep the world under some control.