Mr. Trump’s action was a major letdown for Glenn Greenwald, Sarah Palin, Pamela Anderson and others mounting pressure for the whistleblowers’ freedom. 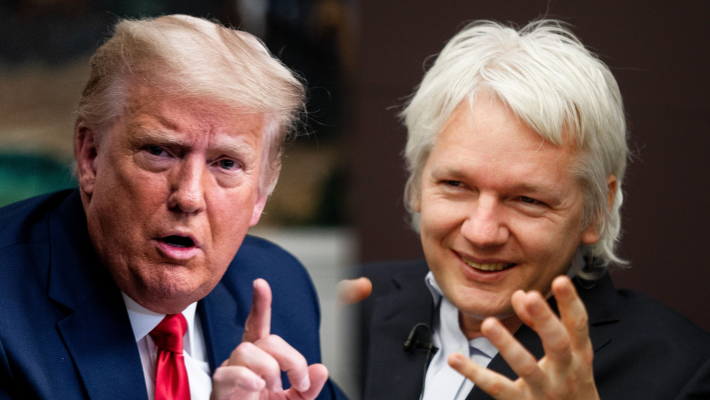 Outgoing U.S. President Donald Trump pardoned 73 people on his final day in office, but WikiLeaks’ founder Julian Assange and dissident Edward Snowden were excluded to the frustration of dozens of top political, media and entertainment elite who mounted pressure on the president to end the activists’ decade-long misery.

Mr. Trump pardoned 73 convicts and commuted the sentencing of 70 others in one of his final acts as the president of the United State on Tuesday night, ahead of the inauguration of the newly elected president Joe Biden.

His former political strategist Steve Bannon, rapper Lil Wayne and Republican fundraiser Elliott Broidy were amongst those granted clemency by the president.

Mr. Trump’s action was a major letdown for Glenn Greenwald, Sarah Palin, Pamela Anderson and others who have been mounting pressure on him to set Mr. Assange free in order to make a strong statement on his support for free speech.

Bloomberg’s Jennifer Jacobs lamented the president’s action on Twitter: “As we reported, Trump didn’t grant clemency to Julian Assange or Edward Snowden. But Trump was still polling people close to him today whether he should.”

There were claims that Mr. Assange’s pardon was blocked by some Republicans, including Mitch McConnel, who threatened to ratify Mr. Trump’s House impeachment last week should he grant a pardon to the embattled journalist.

Earlier this month, Mr. Assange won his fight to avoid extradition to the United States but was denied bail under strict conditions for fear he could abscond and deny prosecutors the chance to appeal. He has been in detention in the UK since 2019, after he was removed from the Ecuadorian Embassy in London where he had been putting up since 2012.

The 49-year-old has been wanted for publishing vast surveillance operations carried out by the U.S National Security Agency between 2008 and 2009. The US Government has formally lodged an appeal against the decision to block Mr. Assange’s extradition.

Mr. Snowden, a former NSA contractor, has been living in Moscow under Russian protection. But he would have been able to return to the U.S. had Mr. Trump granted him a pardon.