Eldric Sella Rodriguez knocked out of the Olympics

His match lasted only 67 seconds. 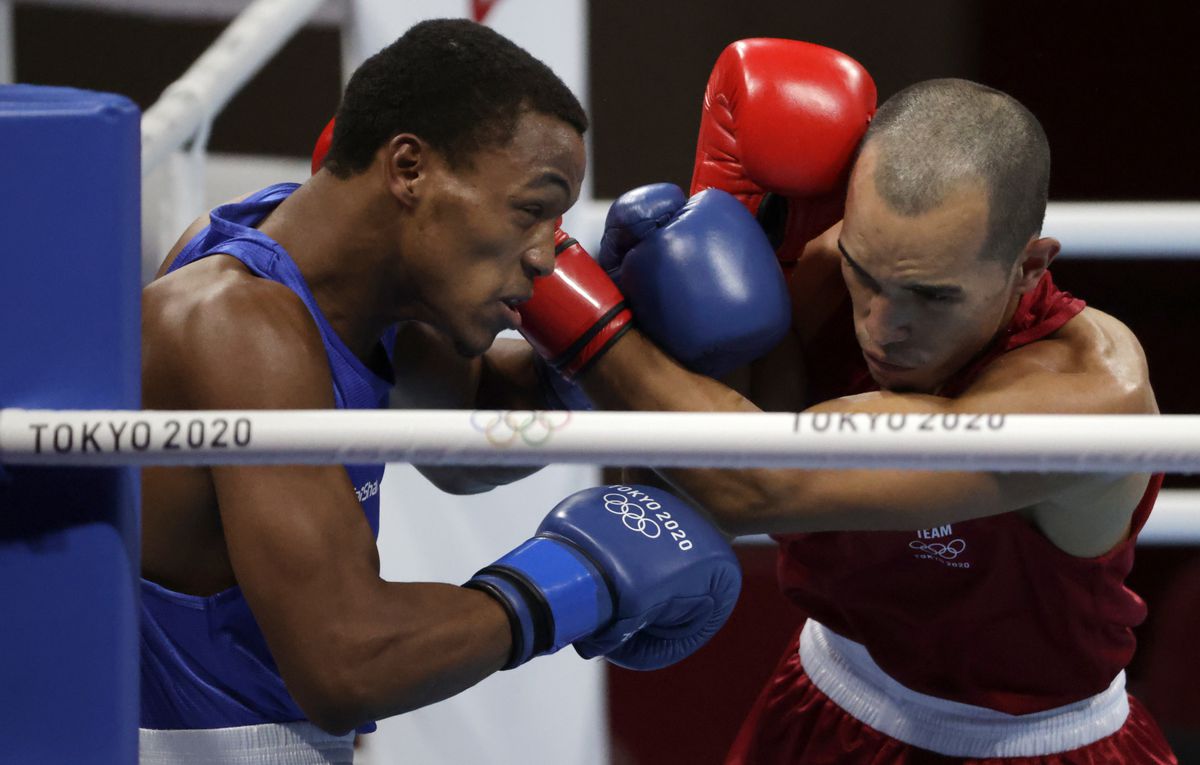 The boxer, who is representing the Refugee Olympic Team in middleweight, faced Dominican Republic’s Euri Cedeno in his opening bout but found himself lying on the floor after a few seconds.

He got up in time to survive the referee’s count but a minute had just passed when another powerful jab from Cedeno caught his face.

This left him frozen for a second.

The referee would allow no more as he felt the 24-year-old was clearly out of his depth and awarded the fight to Cedeno.

Rodriguez did not want to leave the ring so early after all his efforts to get there.

At the age of 18, he made the Venezuelan national boxing team, but a lack of resources in the aftermath of the economic crisis in the country forced him to quit.

Aspiring for better opportunities and more stability, he fled Venezuela in 2018.

He sought asylum in Trinidad and Tobago where he had been invited to compete in a boxing tournament.

The next year he was joined by his father, who is also his coach, in the Caribbean nation.

Rodriguez worked odd jobs to earn his living but the love for boxing and the Olympic dream were always at the back of his mind.

“When I was painting a house, or whatever I was doing, I always had in my mind what I wanted to do,” he shared.

There was, however, a nervous wait before he could make the trip to Japan.

He needed an exemption from the government in Trinidad and Tobago to travel because of his refugee status.

But when his dream finally came true on Monday, it lasted only 67 seconds.

His appearance at the Olympic stage, though brief, left him wanting more.

“How do I feel to be an Olympian? I don’t know yet,” he said, trying to fight back tears of emotion.

“But you will see me in the next Olympics and I will answer that question better. Right now I can’t answer it,” he said.