Ongoing campaign to end Nigeria’s brutal police squad was steady at number one on Twitter Friday. 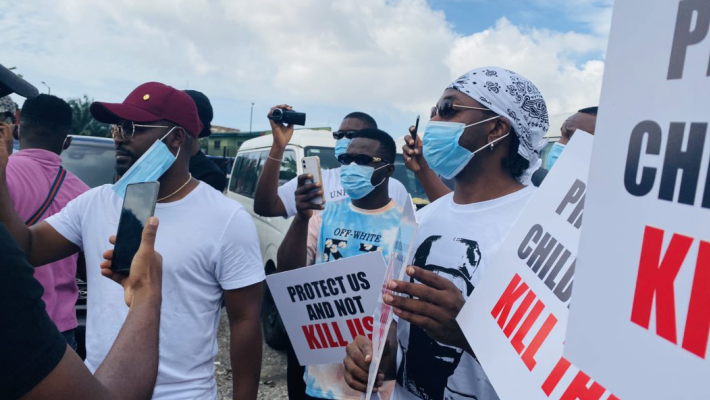 Nigerians have seen a massive show of support after their campaign to bring a final end to decades of police brutality trended at number one on Twitter for several hours Friday.

The #EndSARS campaign, started in 2017 by Segun Awosanya, recently returned as the number one issue for citizens after another round of deadly attacks on citizens were reported against the police special anti-robbery squad, SARS.

The matter has been trending in Nigeria since last weekend.

But Nigerians overseas and other world celebrities lend support on Friday morning.

Cardi B, John Boyega, Small Doctor and several politicians within and out of Nigeria have weighed in, calling on President Muhammadu Buhari and the police leadership to immediately scrap SARS.

Nigerians are planning to hold protests in New York, Washington D.C. and other cities across Europe this weekend.

#EndSARS trended at number one across those cities and regions.

SARS operatives have been profiling and targeting Nigerian youth for over fifteen years, but their misconduct was only recently amplified on social media.

Despite the widespread outcry, President Muhammadu Buhari, who has been quiet for long over the matter, finally broke his silence on Friday by striking a defiant tone.

The president said he would not be scrapping SARS as Nigerians worldwide demand, but would rather reform the unit.

Nigerians, however, insisted that the unit has become too decadent to be reformed, vowing to continue their demonstrations until they secure a victory.