One registrant said there was the need to extend the continuous voter registration beyond July 31 to accommodate the crowd thronging the centres each day. 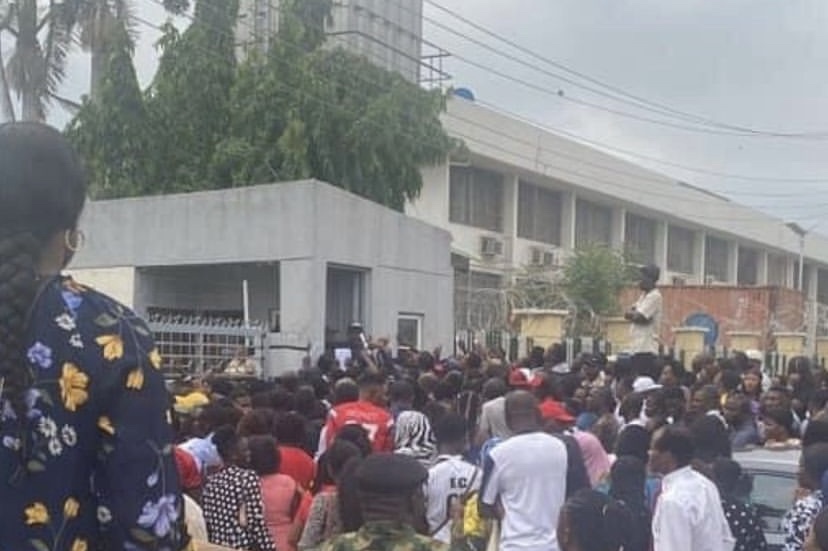 Journalists who visited the registration centres, INEC state headquarters and Okpara Square, observed that no fewer than 300 fresh registrants were waiting to be registered in each of the centres.

It was also gathered that most of the registrants had been at the centres as early as 7:00 a.m., while INEC-CVR registration staffers started working around 9:00 a.m.

One of the intending registrants, Chioma Kalu, said that it was her third attempt to get registered in the last seven days.

According to her, there is the need to extend the continuous voter registration beyond July 31 to accommodate the crowd thronging the centres each day.

“Last month, the INEC Chairman, Prof. Mahmood Yakubu, assured us, Nigerians, that no fresh registrant would be denied CVR registration or disenfranchised for the 2023 general elections,” Mr Kalu recalled.

Another registrant, Chidi Ani, urged INEC staffers to brace up and ensure that fresh registrants were captured, adding that if possible, the exercise should be extended to ensure that everybody was accommodated.

Mr Ani, who admitted that the CVR process had improved, however, said that more time should be added, stressing that the exercise should be held from 7:00 a.m. to 6:00 p.m. daily.

“INEC staffers should start the registration from 7 a.m. to 6 p.m. daily and work in two shifts,” he said.

When contacted, the INEC Administrative Secretary in the state, Jude Okwuonu, said the possibility of extending the registration exercise was very remote.

Mr Okwuonu noted that INEC had commenced the CVR registration on time, and even went ahead to obey court order to extend the time.

“For the number still remaining to be captured among the fresh registrants, we believe that we will clear it on or before the July 31 deadline.

“What we want is for the awaiting fresh registrants to be patient, as we put in new plans to get them registered.

“We are also thinking of devising means of ensuring that every fresh registrant calling at our centres in the state within the remaining four days are attended to,” he said.