EURO 2020: We were professional in our coverage of Eriksen incident, TV director say

Broadcasters such as ZDF in Germany and BBC in Britain had been sharply criticised for showing the official TV footage from Copenhagen for several minutes. 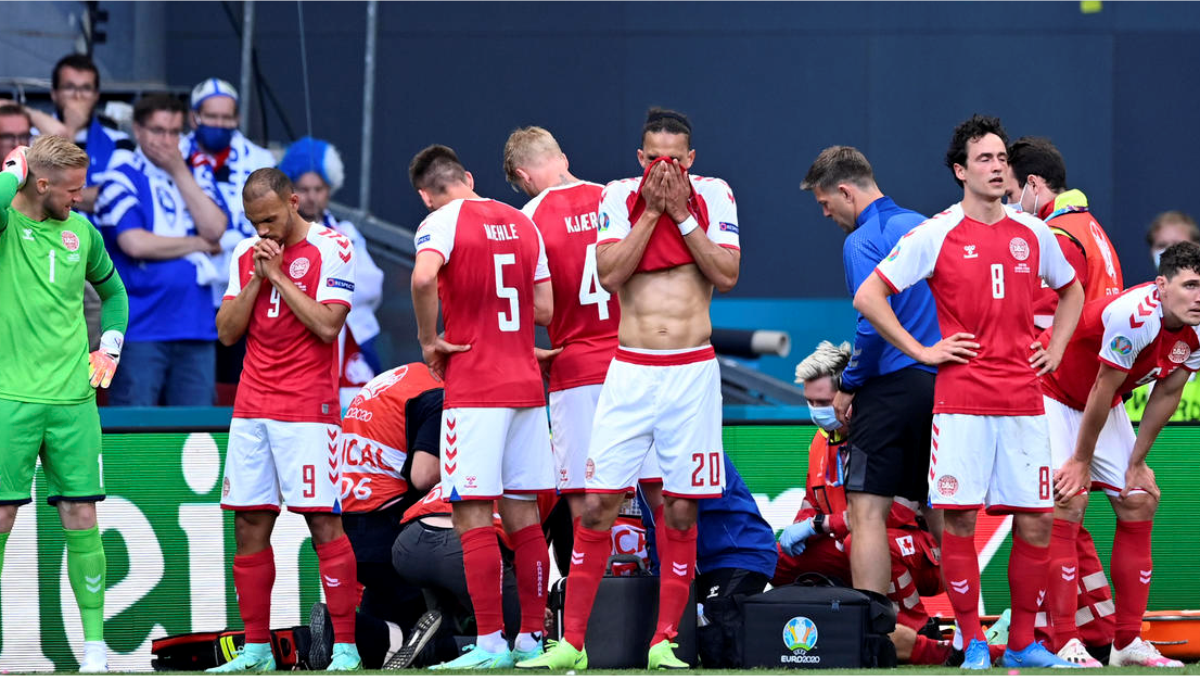 The director of Euro 2020 international television broadcast of the match between Denmark and Finland has defended himself against criticism of allegedly inappropriate footage following the collapse of Denmark’s Christian Eriksen.

“We showed the sadness and the despair of the people, the players, the staff and the spectators,” Jean-Jacques Amsellem told French paper L’Equipe late on Saturday.

“We also felt the unity in this moment of greatest concern. That had to be conveyed.”

Eriksen went to ground, free of contact from any opponent, in the 43rd minute of Saturday’s match and received emergency treatment on the pitch.

He was then transferred to the hospital, where he is in stable condition.

“We were told not to show a close-up of him and also not to show the cardiac massage,” he said.

“There is a slow motion of the scene where you could have really seen very clearly how he falls. But I immediately told my team not to stop on him.”

“With more than 30 cameras in the stadium, we could have shown him up close, but we didn’t do that at any point,” the director said.

Broadcasters such as ZDF in Germany and BBC in Britain had been sharply criticised for showing the official TV footage from Copenhagen for several minutes.

“I cannot criticise UEFA’s international direction either. When the extent of the serious injury became apparent, there were no close-ups or other inappropriate images,” Fuhrmann said.