An intelligence report warned the country could face renewed sectarian hostilities in the likelihood of a Muslim-Muslim presidency. 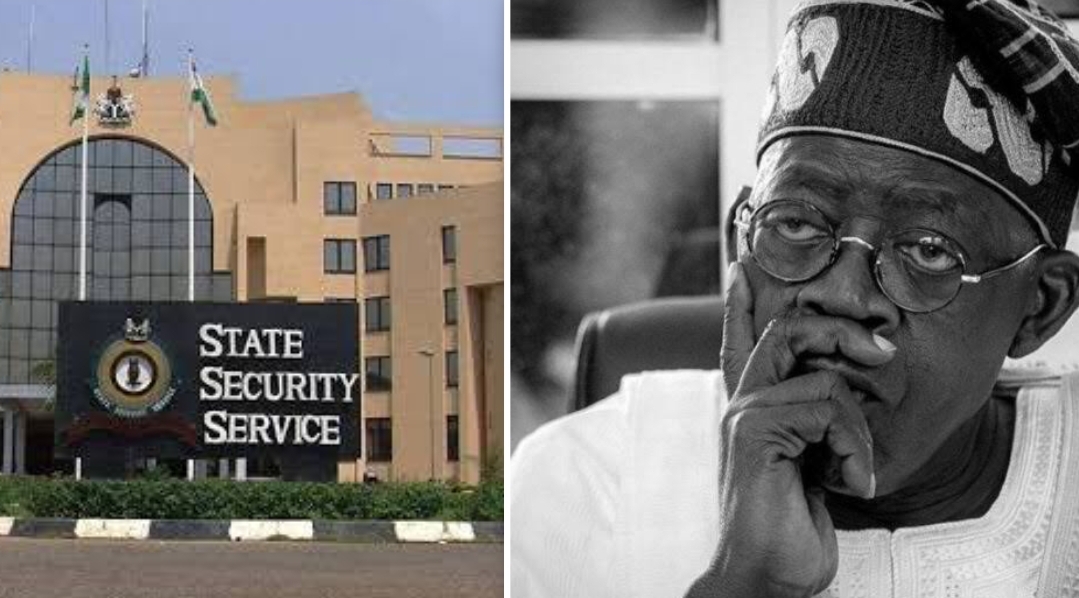 Bola Ahmed Tinubu’s decision to nominate a fellow Muslim as vice-presidential candidate for 2023 presidential election is a tailored recipe for renewed sectarian crises that could destabilise Nigeria, according to a processed intelligence report sent to President Muhammadu Buhari by the State Security Service and shared with Peoples Gazette by national security officials this week.

The document, which got to the president by way of the National Security Adviser Babagana Monguno, said Mr Tinubu should consider security implications of his selection before making it public, according to three officials briefed on the report.

“The SSS produced the report and handed a copy to the NSA,” an intelligence officer told The Gazette. “The NSA looked at the report and added it for security briefing to the president.’’

“Simply put, our understanding is that the alliance will destabilise Nigeria and embolden attacks on Christian citizens from their fellow Muslim citizens,” the official said. “The distrust Christians are likely to harbour against a presidency occupied by two Muslims won’t make our work easy at national security level.”

The official said Mr Buhari was not involved in the deliberations that led to Mr Tinubu’s announcement of Kashim Shettima, from Boko-Haram stronghold in Borno, as his 2023 running mate to the ire of Christians across the country.

“People can say whatever they like about Mr President, but as a senior intelligence administrator I can guarantee you he was not involved in Tinubu’s decision at all,” the official said in a remarkable moment of candour.

Another official said the report was commissioned after Mr Tinubu became the standard-bearer of the ruling All Progressives Congress on June 8 and started embracing the idea of a Muslim-Muslim ticket as the most potent strategy to be elected as president in an ethnically and religiously polarised country like Nigeria.

Traditionally, northern Muslims have voted more than southern Christians, a traditional pattern which Mr Tinubu looked to exploit, particularly as a similar ticket in 1993 saw the election of Moshood Abiola as president despite picking Babagana Kingibe, a northern Muslim, as running mate. While the ticket was accepted by Nigerians at the time, the victory was annulled by former dictator Ibrahim Babangida and augured a protracted turmoil across the country. Christian leaders said Mr Abiola’s fate should be a cautionary tale for Mr Tinubu.

“Strong intelligence led us to believe that he was passionate about the idea of a Muslim running mate,” the second official, an assistant director at the SSS, said. “By the time our analysts reassessed the state of the country right now and what would likely come out of a Muslim president and vice-president, everything tilted towards negative and very dangerous times ahead.”

A spokesman for the SSS declined requests to comment on the memo, and both the State House and Mr Tinubu’s campaign headquarters did not respond to requests for comment.

Yet, the report could drive a wedge between the secret police and the man who may be the country’s next president on the back of President Buhari and the ruling party.

The second official also dismissed questions about whether or not the SSS was injecting itself into uncharted political waters which could warrant serious consequences should Mr Tinubu go on to be elected next February, saying it was after Mr Tinubu had already taken the decision that he informed the president.

“We have it in our files that Tinubu went to the president to ask him about who to pick but the president was very reluctant to contribute and Tinubu noticed this before walking away,” the official added. “We have a role to play towards safeguarding national security and our report was not intended as a political intervention.”

Mr Tinubu unveiled Mr Shettima, a serving senator and under whose governorship tenure Boko Haram became an international terror network between 2011 and 2019, on Sunday evening, saying his action was based on merit as against religious consideration.

“I made this choice because I believe this is the man who can help me bring the best governance to all Nigerians, period, regardless of their religious affiliation or considerations of ethnicity or region,” Mr Tinubu said shortly in his announcement. “Here is where politics ends, and true leadership must begin.“

But critics have inundated the media with allegations of a clandestine plot to Islamise the country, which has a roughly equal number of Christians and Muslims distributed among more than 400 ethnic groups. Mr Tinubu’s main opponents Atiku Abubakar of the Peoples Democratic Party and Peter Obi of the Labour Party have both nominated running mates of other political parties.

But it was the decision of Mr Tinubu, a Muslim from the South-West, to nominate a Muslim from the North-East that upset the political landscape last week. The Christian Association of Nigeria (CAN) was among the first to rally Christians across the country against Mr Tinubu’s ticket.

The senator said President Buhari rejected Mr Tinubu’s attempt to foist a similar fate on the country in 2015 because he understood the dangers involved.

“Buhari fought a civil war and understands the consequences of a divided nation. When Tinubu wanted to be VP in 2015, Buhari said no because he understood the importance of unity,” Mr Abbo added.

Former Senate President Bukola Saraki and other top politicians had publicly acknowledged fighting Mr Tinubu’s desperate attempt to force a Muslim-Muslim ticket in 2015, with Mr Tinubu himself standing as Mr Buhari’s vice-presidential candidate at the time.

Still, some notable Christian leaders like Catholic priest Matthew Kukah urged faithful to downplay condemnation of Mr Tinubu over his choice, but be free to support or reject him at the ballot next year.