Mr Fayemi during the visit described Mr Soludo as a progressive governor and a “valuable asset” to the forum. 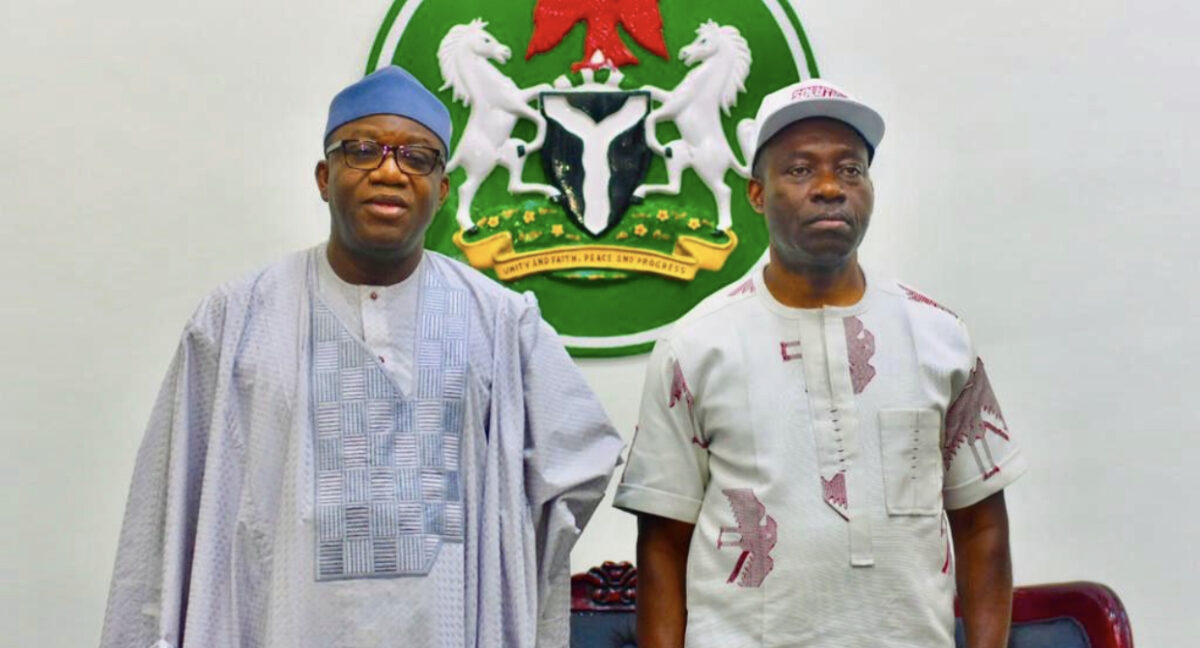 Kayode Fayemi, Chairman Nigerian Governors’ Forum (NGF) on Saturday paid a one day visit to Governor Chukwuma Soludo of Anambra in Awka and welcomed him officially to the forum.

Mr Fayemi, who is also the Ekiti State Governor, described Mr Soludo as a “valuable asset” to the forum while commending him for the positive steps he had taken so far on assumption of office.

He said he had been following activities in Anambra under Mr Soludo with keen interest, adding that the state had been relatively lucky with having progressive governors.

The NGF chairman said that Mr Soludo was another addition to the long list.

Responding, Governor Soludo welcomed Mr Fayemi whom he described as a longtime friend and thanked him for the rare visit.

He said there was a need for the progressives to form a coalition in moving the country forward with special interest in human capital development.

Mr Soludo commended the forum chairman for his leadership qualities at the NGF and called for effective collaboration towards nation building.

“I appreciate you for your support since I came on board at the Nigeria Governors’ Forum and as Anambra State Governor.

“Anambra and Ekiti share several similarities especially in the area of human capital.

“Anambra, as a commercial hub, has the potential to become the industrial and entertainment hub of Nigeria,” he said.