FEATURE: Is Africa listening to experts’ recommendations to invest in young people?

The issues have always been with us but the solutions have never been available. 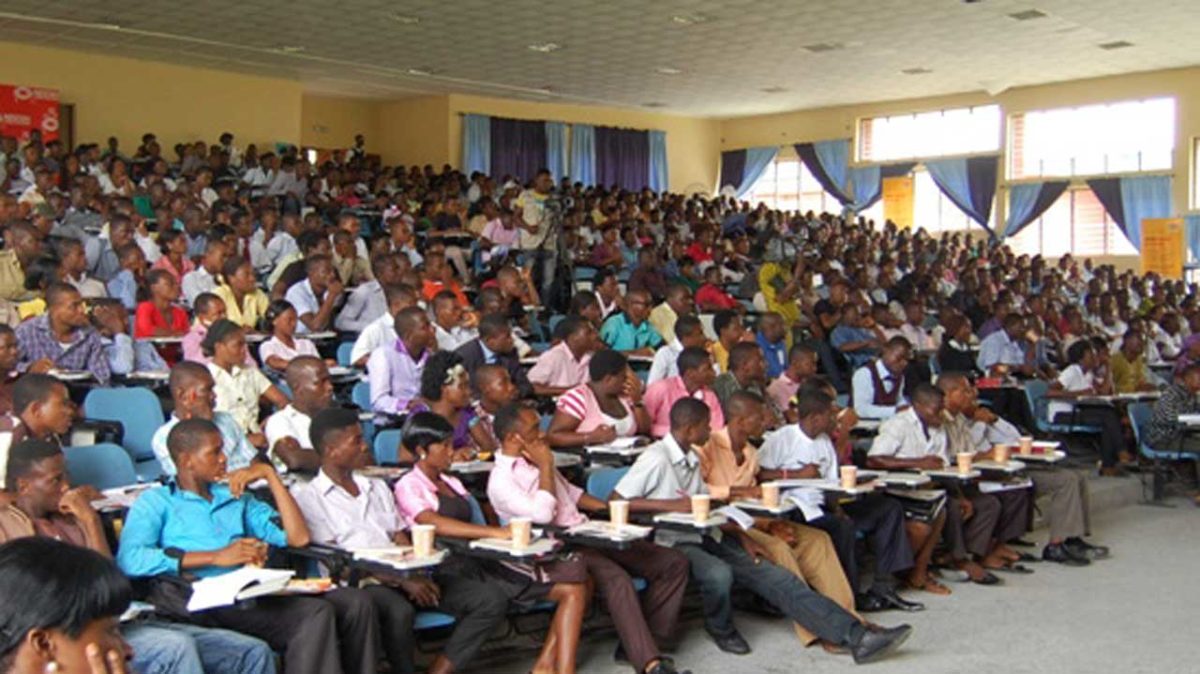 I am an African youth and like many young people, I get uncomfortable each time I hear the common saying that the future belongs to young people or that they are the leaders of tomorrow. My exasperation is not unconnected with the ways young people are sparsely represented at the decision-making table, not unrelated with the embarrassingly high unemployment rates, age-long infrastructural decay, security challenges and lack of well-tailored healthcare services, among many others.

However, it will be unfair not to recognise several efforts that are being put in place across the continent – from Cairo to Johannesburg, Lagos to Nairobi – but the progress has been painfully slow. Africa has the youngest and one of the fastest-growing populations in the world. By 2055, the continent’s youth population, aged 15-24, is expected to be more than double the 2015 total of 226 million, according to the United Nations Development Programme (UNDP).

No matter your stance, it is indisputable that young people are indeed leaders of tomorrow. Oftentimes, we forget to define the type of leaders we want in these young people in the future. Going by the statistics of the World Health Organisation (WHO), half of the mental health disorder in adulthood starts by age 14, but most cases are undetected and untreated. It, therefore, becomes imperative to optimise investments in adolescent health in Africa.

Lest we forget, Africa’s investment in young people has been the lowest in the world. According to a 2019 WHO report, the average global probability of a 10-year-old dying before the age of 24 was six times higher in sub-Saharan Africa than in northern America and Europe.

The leading causes of these deaths are injuries from road accidents, violence, self-harm and maternal conditions. With the disturbing rise in drug abuse, teenage pregnancy, HIV infection, road accidents, among others, one cannot but ponder over what the future holds for adolescents and young people in this part of the world.

The African Union (AU) agenda 2063 seeks to deliver a set of seven aspirations each with its own set of goals which if achieved will move Africa closer to achieving its vision for the year 2063. The sixth aspiration is to have an Africa, whose development is people-driven, relying on the potential of African people, especially its women and youth, and caring for children. I ask again, to what extent are we ready to make the necessary investments in these young people to achieve the desired result in 2063?

Why invest in adolescents and young people?

The Covid-19 pandemic has further escalated all these issues globally and I am afraid we may be sitting on a keg of gunpowder waiting to explode should the status quo remain. So what do we need to do differently?

At the event, over 500 attendees, including online participants, majorly adolescents, young people, academics, researchers and development partners from sub-Saharan Africa, deliberated on issues bordering on gender and violence, covid-19, health and development of young people, young people and non-communicable diseases, sexual and reproductive health and rights, education and capacity building and economic well being, youth involvement and empowerment, diversity, inclusivity and equality for young people, among others.

This was the first time Africa was holding this kind of life-changing conference.

Rather than dissipating so much energy debating what the issues were, which is what most conferences around here are all about, organisers of this conference, the Society for Adolescent and Young People’s Health in Nigeria (SAYPHIN), brought major stakeholders together to look at the issues holistically. They looked at the problems, progress made so far in addressing them and how to forge a collaborative effort to prepare a better future for the continent by investing in its adolescent and young people’s health.

SAYPHIN is the national association of professionals working in the area of adolescents and young people’s health in Nigeria, including health professionals, social workers, counselling and educational professionals.

“The period of adolescence which is between the ages of 10 and 19, is the second window of opportunity which many refer to as second chance. When you invest in adolescents, you are investing in the now and the future. You are investing in people that will take over and have many more years to live. Therefore, if they are healthy, they will contribute to the economy instead of draining it,” a health manager and HIV Specialist at UNICEF Nigeria, Victoria Isiramen, said.

Forging a strategic and lasting collaboration

The African proverb that says it takes a village to raise a child cannot be more valid at this point. The presence of all major stakeholders, including the media, traditional institutions, government representatives and the young people themselves, was recognisably different from every other recent gathering of this kind.

“All these issues happen in the community. Therefore, both the traditional and religious leaders must be carried along,” a highly influential and resourceful traditional leader, the Emir of Shonga, Halihu Yahaya, eloquently reiterated.

Speaking further, he said the traditional leaders have taken a bold step through a Pan-African transformational leadership “to get traditional leaders in Africa mobilised along the same direction.” He said, “some of us are also agents of toxic masculinity so we also have to do internal reorganisation and education.”

“There are some cultural norms that we are trying to workaround. For example, the issue of child marriage, which is just obnoxious, has to be addressed. It is until you show them a gory picture of a girl with Vesicovaginal Fistula (VVF), who was abandoned by her husband with no education and skills and trapped in poverty, that they can start having a rethink.

Although they are difficult to change, we will make rapid progress to end Gender-Based Violence (GBV) and other harmful traditional practices with concerted effort. In the next meeting, we will be able to give you a practical example of how things would have turned out,” the Emir said.

Standing in between all of these is the government at all levels, who should change the status quo with youth-friendly policies thereby creating a society where the rights, especially Sexual and Reproductive Health and Rights (SRHR), of these young people and adolescents, are respected and protected. It is instructive that the Northern Governors’ Wives Forum (NGWF) is taking the issue of GBV very seriously.

Wife of Kaduna state governor and chairperson of NGWF, Hadiza Nasiru El-rufai said, “We at the Northern Governors’ Wives Forum have taken the GBV issue as one of our causes. Each of us in our various states has been working tirelessly to see that this is brought down to the minimum.”

A young Nigerian federal lawmaker, chairing the committee on Niger Delta Development Commission (NDDC) in the national assembly, Bunmi Tunji-Ojo, was on the ground to inspire the young people. He encouraged them to continue to look inwards by providing innovative solutions to the many gaps in the African continent.

Nothing for them without them

Through several oral and poster sessions, adolescents and young people actively engaged themselves and made presentations on their findings on issues affecting them and offered practical solutions. According to the Country Director of Pathfinder International, Dr Amina Dorayi, “Meeting the needs of adolescents entails adopting a panoramic approach because of the wide spectrum of their needs. Taking the driver seat, the government also needs the support of different individuals and organisations, including the academia, NGOs, private sector and the young people themselves, because there is nothing for them without them.”

The high point for me was when these young people took over the business of the conference. I was wowed to see them come forward to discuss issues that very few adults in this clime dare talk about publicly. They shared their experiences living with HIV, struggle with contraceptives and family planning, among many others, and provided solutions too.

A health champion from Kenya, Joyce Ouma, described the new strategy adopted by her country to cater for the many needs of Adolescents and Young People Living with HIV (AYPLWH) during the Covid-19 pandemic. Part of the innovations is the introduction of mobile delivery of Anti-Retroviral Therapy (ART) in places closer to the residences of AYPLWH to reduce traffic at hospitals or facilities where young people usually pick up the medications.

They also revamped and digitized the appointment setting system and use of social media, among others.

Blessme Ajani said governments at the sub-national levels should put more money in their budgets for young people’s access to family planning. She said they also need to improve the capacity of providers to ensure they can provide adolescent-responsive health services and increase access of young people to family planning and contraceptives.

The time for action is now!

“Our leaders have continued to speak so eloquently about the importance of youth development and they have continued to promise our young people the needed support to enable them to fulfil their potential. Now is the time to walk the talk. We have talked long enough. Now is time to move into action,” the president of SAYPHIN and vice president of IAAH for sub-Saharan Africa, Professor Adesegun Fatusi, said.

He said investment in young people’s health would lead to healthier young people and reduce adult death, adding that two-third of preventable deaths in adults happened as a result of health risk behaviours initiated during adolescence.

The issues have always been with us but the solutions have never been available. And when they are provided, they are never implemented religiously. The solutions provided at this conference should serve as a template for investment in young people in Africa. All stakeholders will have to study the recommendations and see where they fit in. If we are so concerned about the future of the continent, now is the time to swing into action and go from crawling to running, so we can catch up with the rest of the world.

John Paul Akinduro is a communications specialist and tech evangelist. He is currently Special Assistant on Media and Digital Communications to Former Governor Olusegun Mimiko.