The judgement was delivered on Wednesday. 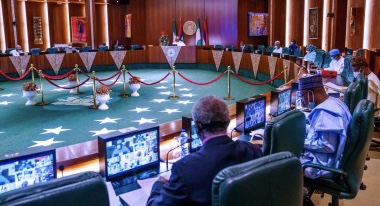 The Federal High Court, Abuja has declared as unconstitutional and unlawful, the deductions of funds from the federation account to fund the Nigeria Police.

Justice Ahmed Mohammed said this while delivering judgement on Wednesday in a suit filed by the Rivers Government against the Attorney- General of Federation and Minister of Justice and the Accountant General of the Federation.

Others joined in the suit are the Revenue Mobilisation, Allocation and Fiscal Commission and Federal Ministry of Finance.

Rivers Government, through its attorney-general, had approached the court seeking an order stopping the deduction of funds from the federation account for the funding of the Nigeria Police Trust Fund scheme.

By an originating summons marked FHC/ABJ/CS/511/2020, dated and filed on May 20, 2020, the Rivers government challenged the constitutionality and validity of sections 4(1)(a) and section 4(1)(b) of the Nigeria Police Trust Fund (Establishment) Act 2019, which permits the deduction of 0.5 per cent of the total revenue accruing to the Federation Account and to be paid to the Nigeria Police Trust Fund.

The Rivers government argued that it was not the responsibility of the State governments but that of the Federal Government to fund the Police.

The court granted six of the plaintiff’s prayers while reliefs 6 and 8, which sought for refunds of the deductions, were granted only to the Rivers government.

The judge said it was only Rivers that would benefit from the refund and not the 35 states since the court was not a “Father Christmas” that granted what was not sought.