The continued efforts by security agencies has led to the confiscation of 20.2 million litres of Automotive Gas Oil (AGO), diesel, says the federal government. 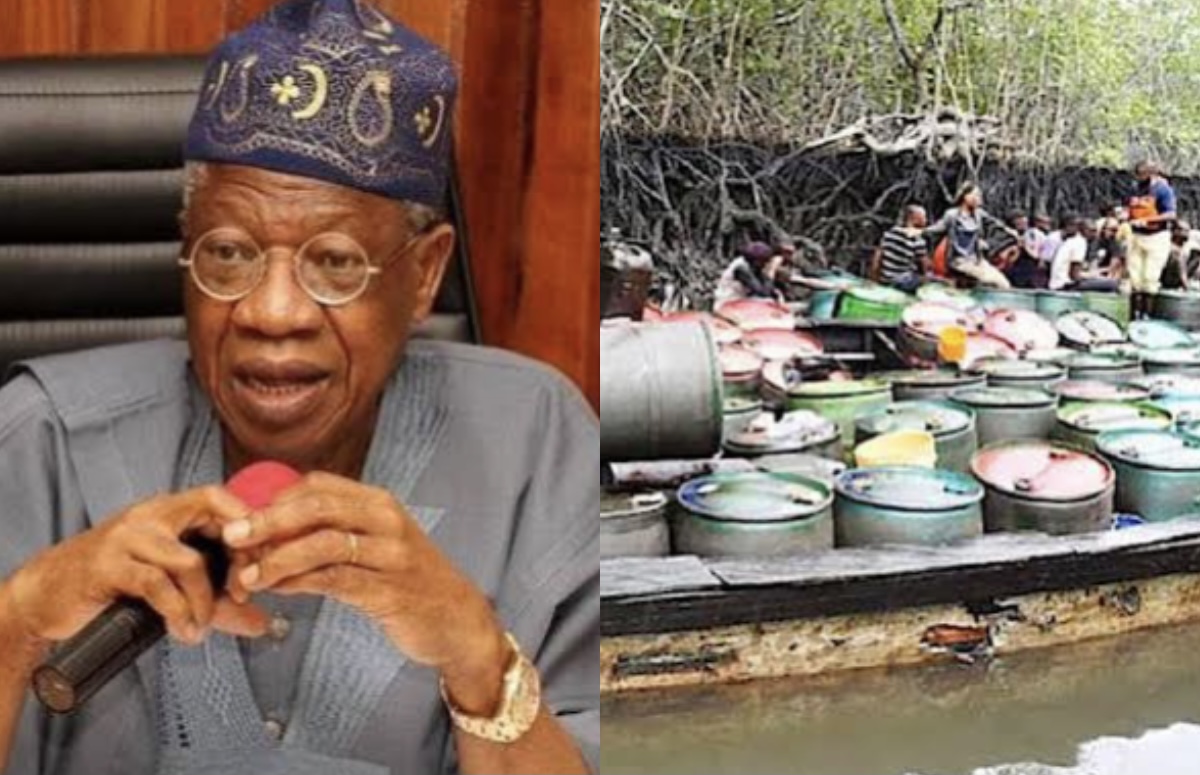 Oil theft in the Niger Delta and Lai Mohammed

The Federal Government has announced the arrest of 210 suspects in its efforts to combat crude oil theft in the Niger Delta.

The Minister of Information and Culture, Lai Mohammed gave the figure on Friday in Port-Harcourt after undertaking an aerial assessment of some hotspots along the Right of Way of the Trans-Niger Pipeline.

Accompanied by journalists in the surveillance, the minister also covered the Nembe Creek Trunk Line leading up to the Bonny Oil and Gas Terminal that has been under force majeure since March 2022.

Briefing journalists after the 90 minutes-aerial survey, Mr Mohammed also disclosed that the continued efforts by the security agencies had led to the confiscation of 20.2 Million litres of Automotive Gas Oil (AGO), diesel.

“Since the post-covid pandemic recovery of Crude Oil Prices, Nigeria has been unable to meet its OPEC Production quota, hurting the Nigerian Economy.

“Due to the nefarious activities of vandals, Nigeria has been losing out on producing approximately 700,000 Barrels of oil daily.

“This volume is split between crude stolen and production deferment (shut-ins) due to legitimate fear of losing substantial volumes in transit.

“Terminal receipts have persistently declined, leading to decisions such as the Force Majure declared at the Bonny Oil and Gas Terminal in March 2022,” he said.

The minister said, in line with the approval by President Muhammadu Buhari,  Private Security Contractors (PSCs) with the required capability were contracted.

He said the PSCs are to provide community surveillance within the oil-producing regions that were identified and engaged after comprehensive vetting by the DSS and EFCC.

They are also to provide local intelligence on all illegal crude ventures happening within the region and security surveillance services for safe and seamless operations along the nation’s pipeline networks.

The minister added that NNPC Ltd.’s Command and Control Centre was set up for round-the-clock monitoring of petroleum operations and activities within the Nigerian Exclusive Economic Zone.

According to him, all vessel movements within the Nigerian Exclusive Economic Zone as well as all Ship-to-ship activities within the same zone are monitored.

The Command and Centre, according to the minister, has also launched various online tools to enable public participation in the fight against crude theft.

He said the centre also has Incidence Reporting and Management Application and developing a Vessels Reporting Application, and reiterated the federal government’s determination to put an end to the crude oil losses.

The team conveyed on the aerial surveillance in two Sikorsky S76D Choppers witnessed first-hand a number of illegal refineries destroyed by the military.

In the course of the surveillance, the team also saw first-hand, high levels of damage to the environment, as a result of the activities of the economic saboteurs.