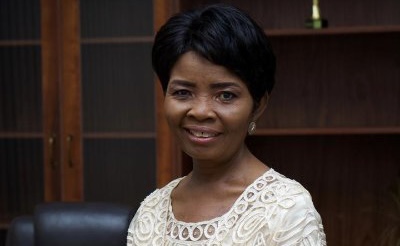 Faith Oyedepo, wife of the senior pastor of the Living Faith Church a.k.a Winners Chapel, said that God will avenge the death of young Nigerians who were murdered during EndSARS protests by officers of the Nigerian Army in October last year.

“We will lift our hands and cry out our hearts to the God of vengeance to avenge the blood of these innocent Nigerian youths, bring to book every culprit involved in the massacre, and every prayer made for this cause will be answered speedily in Jesus name,” Mrs Oyedepo wrote on her verified Facebook page.

Mrs Oyedepo also bemoaned the non-accountability of the government over the killings with no culpable person being brought to justice.
“Sadly, justice is yet to be done and no one brought to book yet; plus so many more have been and are still being gruesomely treated. For this, let us stand in prayer to seek justice and vengeance for all gruesomely murdered that day,” she added.

Nigerians trooped out on Wednesday to mark one year anniversary of the #EndSARS protests which culminated in the unfortunate Lekki Toll Gate shooting.

The Buhari regime has continued to claim their was no massacre of protesters despite witnesses’ accounts. The Nigerian Army, which initially denied its presence at the toll gate later admitted presence but maintained its troops only fired blank bullets.