Governor Seyi Makinde’s government has sought the assistance of the U.S. in tackling insecurity in Nigeria, particularly in Oyo. 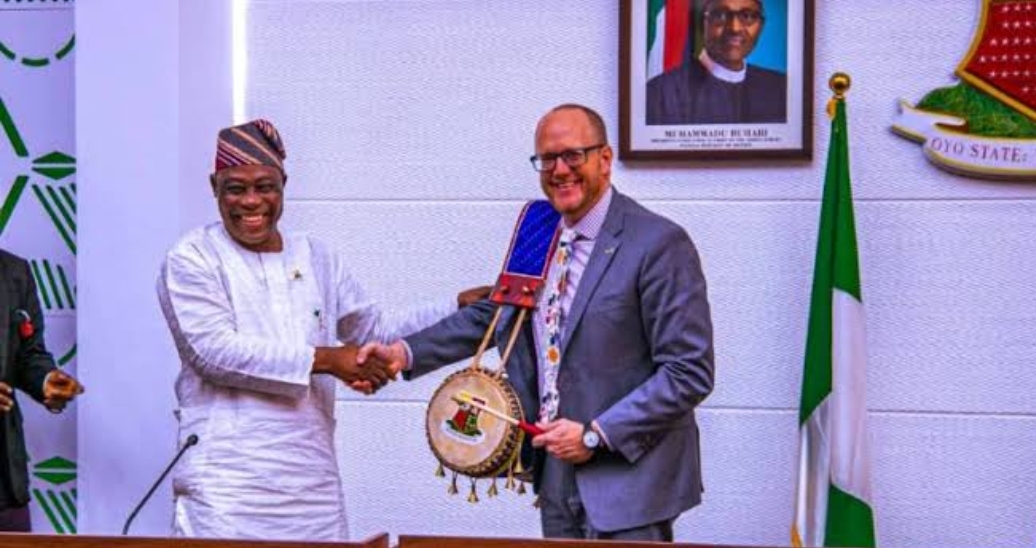 Governor Seyi Makinde’s government has sought the assistance of the U.S. in tackling insecurity in Nigeria, particularly in Oyo.

Deputy Governor Adebayo Lawal sought assistance on behalf of Mr Makinde while receiving the new United States consul general, Williams Stevens, who paid him a courtesy visit at the executive council chamber of the Governor’s Office, Agodi in Ibadan.

Mr Lawal, who observed that insecurity was becoming endemic in Nigeria, said Oyo would welcome whatever technology was required to combat the menace.

“Initially, we thought we could localise this issue of security, but it has become a hydra-headed phenomenon,” explained the deputy governor. “We must give it to you that if you choose to assist, you can be deliberate, and we will encourage you to assist and partner the Oyo state government in the area of security.”

On efforts made to address the insecurity, Mr Lawal said, “We know security is key, and we have really deployed a greater percentage of resources into security development.”

The deputy governor added, “Since the inception of this administration, we have put in place an outfit called ‘Amotekun’ to complement the efforts of our conventional security outfits – police, Department of State Security and others that are national in nature. Amotekun is domesticated, localised and goes into the nooks and crannies of our communities to ensure our environments are safe.”

The deputy governor further stated that the Oyo government wanted a partnership with the U.S. in the agriculture and health sectors.

He maintained that the government would strengthen its partnership to deepen a mutually-beneficial relationship on business, entertainment, technology and good governance, among others.

Mr Lawal stressed that the Oyo government was looking forward to using the opportunities and mutually-beneficial partnerships with the United States to better the lives of residents and create an atmosphere where businesses could thrive.