The stakeholders said the ongoing strike was having negative impacts on the affected students. 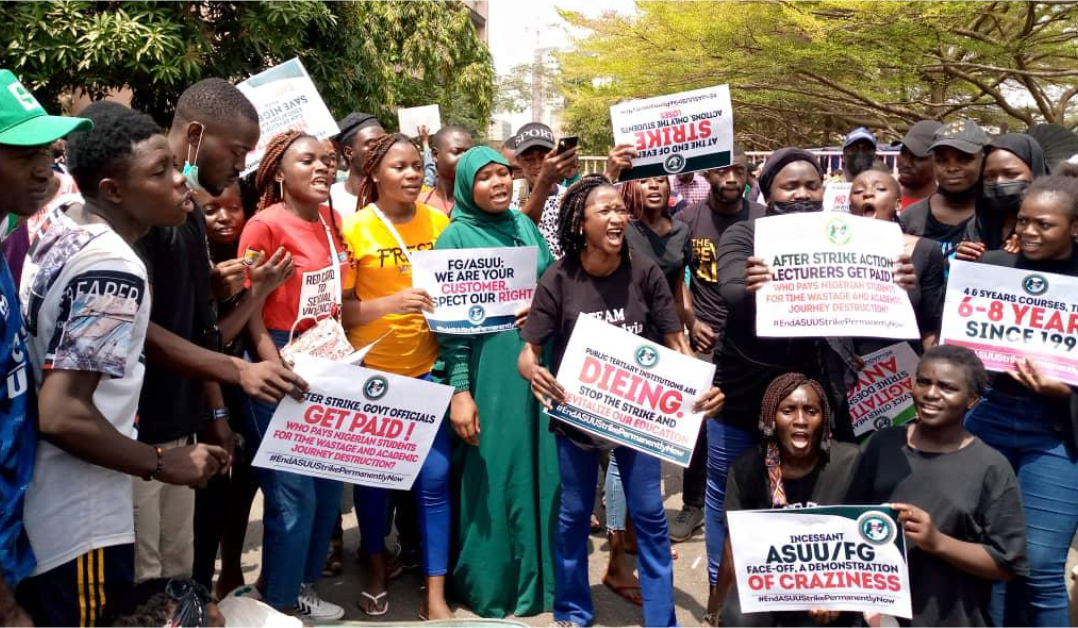 Noble Youths Mass Support Association (NYMSA), an FCT youth group, has called on the Academic Staff Union of Universities (ASUU) to obey the resumption order given by the National Industrial Court of Nigeria (NICN) in Abuja on Wednesday.

In an interview in Gwagwalada, Abuja, Godwin Onmonya, National Coordinator of the group, said the strike was having negative impacts on students.

ASUU had embarked on a nationwide warning strike since February 14 to press home its demands, stressing that the action would continue until their demands were met.

Some of the lecturers’ demands were funding of the Revitalisation of Public Universities, Earned Academic Allowances, University Transparency Accountability Solution (UTAS) and promotion arrears.

Others are the renegotiation of the 2009 ASUU-FG Agreement and alleged inconsistency in Integrated Personnel Payroll Information System.

The strike, which entered its seventh month, forced the federal government to institute a suit at the court to halt the strike and enable students to resume.

However, students through the National Association of Nigeria Students (NANS), embarked on protests by blocking entrance to the International Airport Lagos, threatening to block other major roads, if the demands were not met by government.

The court granted the resumption order, pending the determination of the substantive suit, at the instance of the Minister of Labour and Employment, Chris Ngige, pursuant to his powers on Labour Laws of the Federation.

Similarly, Luka Ayuba, a parent in Gwagwalada, whose child was studying veterinary medicine at the University of Abuja, said that the strike had distracted him.

“After each episode of strike, the children are no more focused and they end up not graduating within the stipulated years.

“My only pain is that the people in government are not feeling it because their own children are not in public schools but abroad or in private schools,” he said.

Meanwhile, ASUU Zonal Coordinator, Abuja, Salawu Lawal, had earlier said there would be no resumption in public universities until the renegotiated 2009 agreement was signed, implemented and the University Transparency and Accountability Solution (UTAS) deployed.