The industrial action lasted for seven days. But workers are bracing for another round in two weeks. 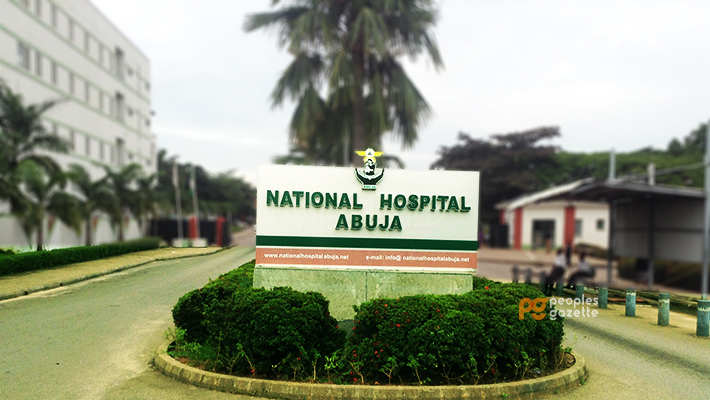 Photo of National Hospital Abuja used to illustrate this story

The workers said they resumed the warning strikes to give the government additional days to resolve lingering issues over pay and facilities at the nation’s hospitals.

The News Agency of Nigeria (NAN) reports that some of the health workers and other staff of all public hospitals, laboratories and clinics across Kaduna resumed normal activities.

Some of the patients who spoke with NAN expressed delight at the suspension of the strike, saying lives would be saved with the development.

Musa Liman, a patient with the National Ear Centre, said that the strike affected most of the patients directly as only few of the health workers came to attend to the patients.

“I appeal to them to exercise patience and work for humanity’s sake,” Mr. Liman said. “Although the strikes by the health workers may also lead to better services and health care for patients and the public.’’

Maryanne Julius, another patient, expressed appreciation to the health workers for suspending their one-week strike.

“The strike will put patients at risk of serious harm and it contradicts their duties to care for the patients, especially those who are presently undergoing treatments,” she said.

Jamilu Musa, a patient at the Federal Neuropsychiatry hospital in Kaduna, said that the health workers strike was of growing concern to the country, and urged the Federal Government to meet their needs.

A health official at the National Ear Centre, Morakinyo Olajide-Rilwan, said they suspended the strikes after a meeting with the national body in Abuja.

“It was suspended because it is a warning strike and we are giving 15 days before embarking on an indefinite strike,” the official said.

The doctors said they made the decision at a general meeting on Monday to sustain the nation’s public health system and not because their demands have been met.

The Buhari administration has repeatedly expressed its willingness to prioritise the welfare of health workers without committing to a timeline of actions. Workers warned they are growing increasingly impatient with the government’s failure to back its promises with actions.