Hindus file lawsuit for right to pray inside mosque

“Gradually, cases for Hindu rights will be made and later all of them will be usurped at the right moments in the future.” 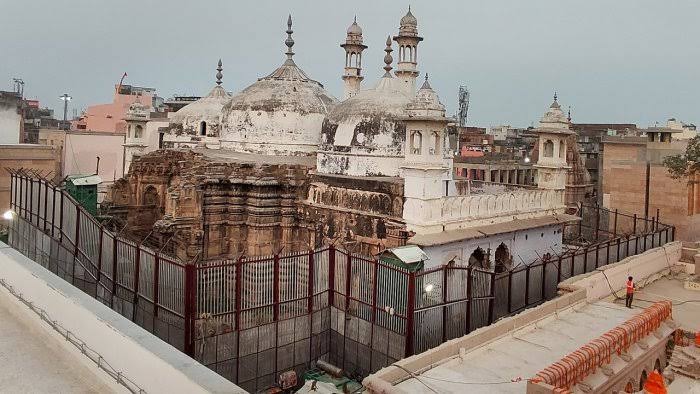 Five Hindu women in India, in the holy city of Varanasi, have filed a lawsuit seeking permission to conduct daily prayers inside the Gyanvapi mosque, believed to be the former site of a Hindu temple.

In the contentious suit, the Hindu women argued the Hindu temple predated the mosque and therefore prayed the court to allow them to worship both “visible and invisible deities within the old temple complex.”

Opposing the suit was a select Muslim committee who asked that Judge Ajay Krishna Vishvesha throw out the petition since the site had housed the mosque for 350 years.

They reminded the court of the 1991 Places of Worship Act which mandates that “the religious character of all public places must be maintained as they were on August 15, 1947,” according to VOA.

After hearing both parties, Ms Viveshka said the Muslim committee’s plea for dismissal lacked merit and thereby assented to hear the matter on Thursday, according to Shivam Goud, legal counsel for the petitioners.

“It’s a win for the Hindu community,” said Sohanlal Arya, another Hindu lawyer. “The decision of the court should be viewed as a foundation stone for the Gyanvapi temple.”

Muslim leaders have expressed fears of a possible recurrence of the dangerous 1992 religious riots over the Mughal-era Babri Mosque in Ayodhya, acknowledged by many Hindus as the significant birthplace of the Ram deity.

An angry Hindu mob had set ablaze the mosque, stirring outrage and violent protests that resulted in the deaths of many Indians, the majority of whom were Muslims.

India’s Supreme Court, in a 2019 verdict, awarded the Babri Court to the Hindus, citing the Places of Worship Act.

“Similar court cases involving mosques and other Islamic structures are going on at various places across India,” he told VOA. “Gradually, cases for Hindu rights will be made and later all of them will be usurped at the right moments in the future, as happened with the Babri Mosque. No law and no commitment are now sacred in India.”