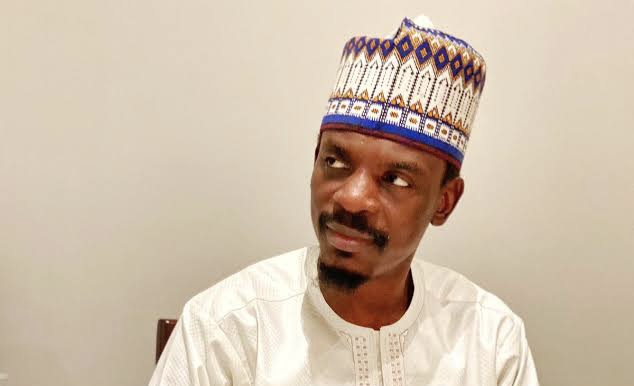 ‘Bashir’ trended for over 24 hours on Twitter following Peoples Gazette’s exclusive report that stirred collective outrage among citizens who aired their grievances on social media.

At issue was the illegality of the salaries earned and the humongous N1,043,176.88 gross monthly remuneration, many citizens considered too high for an employee whose job was only to tweet and presumably manage the president’s social media accounts.

Although, Mr Ahmad’s take-home was N876,738.37 after statutory deductions, it did not include a miscellany of other allowances and federal estacodes attached to presidential aides.

Angry that university professors and medical personnel who go through years of rigorous training phases to acquire their certificates and licences do not earn half of Mr Ahmad’s salary, Nigerians berated the regime for lavishly spending the nation’s insufficient funds on undeserving employees.

Our professors are seriously UNDERPAID

How can Bashir Ahmad be earning more than Prof. Femi Osofisan? Jesus Christ!”

The Academic Staff Union of Universities (ASUU) have embarked on strike since February 14 over unpaid emoluments and renegotiation of the ASUU/FGN 2009 agreement among other demands. Negotiations to call off the strike for the past six months have reached stalemate, leaving educational activities in limbo.

“I am a government employed teacher, I started work since 2009, this is my 13th year in service and my take home is not up to ₦100k. The description on my payslip is 2 pages long but @BashirAhmaad an appointee takes home about ₦800k without a description of why he is earning it,” Mr Zam said in reaction to the report.

“A senior lecturer earns 220k monthly( after 10 years in service ) , Bashir Ahmad earns 860k monthly net. This is where the problem is actually,” @Hitee_ posted on Twitter.

For @Maybeks, the situation mirrors a dire situation for Nigeria. “An SA just on social media earners(sic) more than a lecturer. Redemption is far from Nigeria,” he tweeted.

@CyphersTemitope said “This guy earns more than a University professor, a state civil servant who has spent over 30 years in service, A secondary school teacher, and loads of professionals out there. Amusingly, there are other unnamed allowances.”

“It was here the very revered Prof. Chinelo Ezeilo said her salary is 400k. Meanwhile, Bashir, a social media vuvuzela, with little or no contribution to statecraft is earning 800k+. Tell me why ours won’t be an  unproductive society?” @007burch tweeted.

Other reactions are captured below:

@Emf194: An aid just handling Twitter account is earning over 800k monthly, and you wonder why ASUU made up of professors and doctors are on strike. This country is messed up.”

@nomishants: “A common social media aid collects three times the salary of a professor in Nigeria. What a country

@Igbomouth: “More reasons why ASUU is on strike. A professor earns an average of 500k monthly despite all efforts to get to that level. Buhari has Eight media aides with 1m salary each monthly.”

Anti-corruption campaigners have since called on law enforcement agencies such as the Economic and Financial Crimes Commission, (EFCC) to investigate Mr Ahmad over the matter.