I came under fire for stepping into Okonjo-Iweala’s shoes: Kemi Adeosun

Ms Adeosun said she felt pressured from Nigerians who expected her to measure up to the high standards of her predecessor immediately she assumed office. 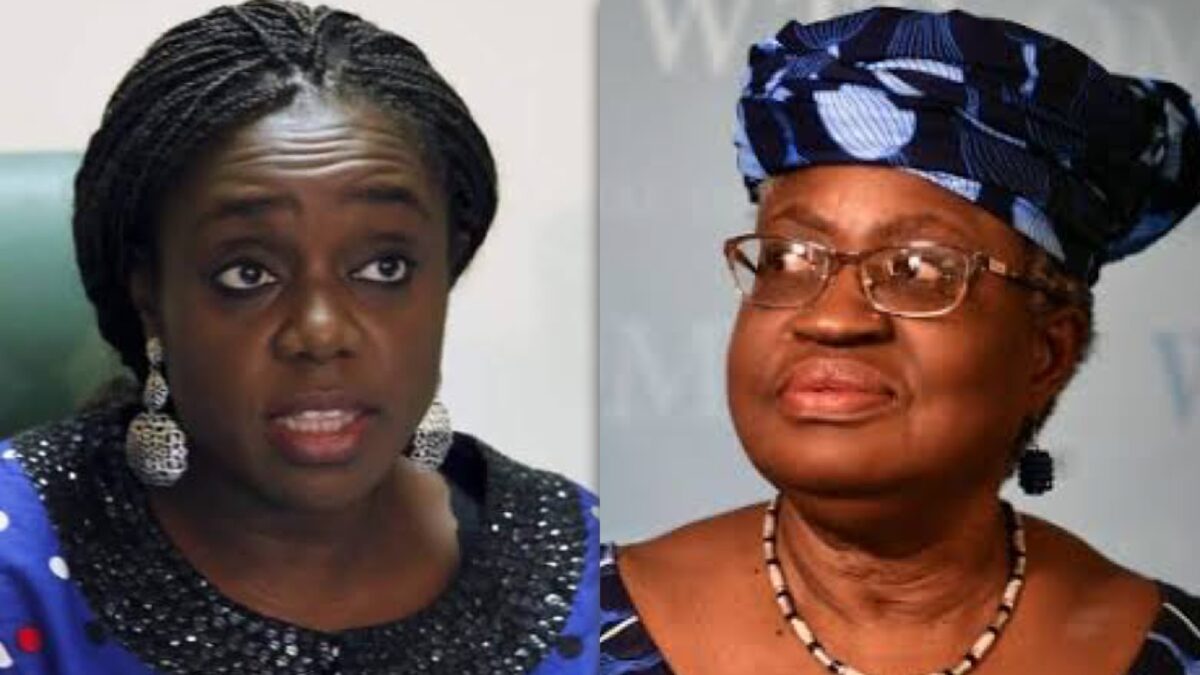 Nigeria’s former finance minister, Kemi Adeosun, has opened up on the ordeal that led to her premature resignation in 2018.

Addressing participants of the Uncommon Woman Conference, a church organised event in the UK, Ms Adeosun recounted the tough moment she stepped into the big shoes of her predecessor, Ngozi Okonjo-Iweala (now Director-General of the World Trade Organisation).

According to the former minister, she felt pressured from Nigerians who expected her to measure up to the high standards of her predecessor even from the first day she assumed office.

Ms Adeosun explained that the moment Nigeria’s economy began to show signs of improvement, a barrage of attacks were launched against her over her non-participation of the mandatory national youth service year.

“That period of life was tough for me. I went to step into the shoes of someone like Ngozi Okonjo-Iweala. So, I was under fire from day one, it looked like things were not working. Then all of a sudden, the economy started to improve. It was like I was beginning to see the desired result. Then out of nowhere, the certificate scandal came. And before I knew it, everything turned upside down. And that was how the issue went viral,” recounted the former finance minister.

There had been controversy over Ms Adeosun’s NYSC certificate of exemption, rumoured to be forged.  Many citizens argued over her ineligibility to serve as a nation’s minister over the alleged forgery.

A ruling by Justice Taiwo Taiwo of the Abuja division of the Federal High Court offered some succour to Ms Adeosun in July 2021 where it was declared that the NYSC certificate was not compulsory to take up a ministerial appointment.

The former minister who could not stand the heat of attacks charging at her career from all angles, deeming her incompetent and ineligible, stepped down from her ministerial job.

She stressed that being born and raised in the UK all her life, she relocated to Nigeria at the age of 34 – exceeding the age of participation in the NYSC programme, which informed her decision to obtain an exemption certificate.

“I was born and raised in the United Kingdom; indeed, my parental family home remains in London. My visits to Nigeria up until the age of 34 were holidays, with visas obtained in my UK passport.

“I obtained my first Nigerian passport at the age of 34 and when I relocated, there was debate as to whether the NYSC law applied to me,” Ms Adeosun enumerated. Upon enquiry as to my status relating to the NYSC, I was informed that due to my residency history and having exceeded the age of 30, I was exempted from the requirement to serve.”

“Until recent events, that remained my understanding,” she added.

According to Ms Adeosun,  the controversy affected her mental health as she could no longer continue her mentoring programme, since the controversy contradicted the values she was teaching her mentees.

“I was so ashamed at that time because I was into teenagers’ mentoring and all of that. So, the experience negated the lessons I had taught my teenagers. I cried every day for three months; I didn’t do anything for anyone or myself for those months. I just cried, cried, and cried.”

Despite her victory in court three years later, Ms Adeosun explained she had to go into therapy to regain her mental health.

“I thought I would feel better when I got vindicated by the court but I still wasn’t happy. The court cleared my name three years later but it took another time of counselling and therapy before I felt better,” she said.

“It was thereafter I forged ahead with life and started my charity work.”