I was a victim of police harassment: Gov. Fayemi

“To say governors would use them to harass opposition is false. Federal police harass people too. I was a victim of such harassment even as a sitting governor in 2014…” 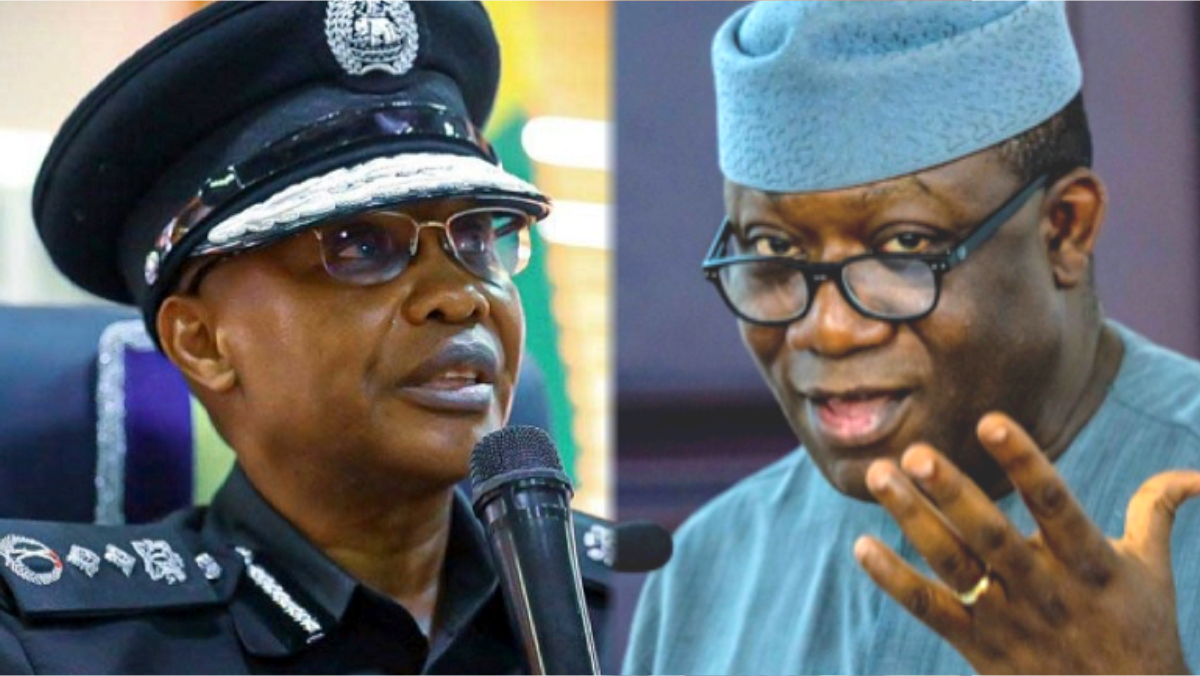 Governor Kayode Fayemi of Ekiti says the Nigeria Police harassed him as he called for multi-level policing to tackle insecurity.

“To say governors would use them to harass opposition is false. Federal police harass people too. I was a victim of such harassment even as a sitting governor in 2014,” said Mr Fayemi on Monday while delivering the convocation lecture of the Nigeria Institute of Journalism in Lagos.

According to him, the police need to operate under the multi-level policing system so that the federal police will focus on federal crimes such as terrorism while local crimes will be transferred to state police to handle because the locals know every nook and cranny of the communities.

Mr Fayemi pointed out that insecurity in the South-West would have worsened if the governors did not come together to form Amotekun.

The Ekiti governor further stressed that “if you want the commissioner of police in your state to do something for you as a governor, he will politely tell you he has heard you” but would have to call the inspector general of police.”

“If the IGP gives him the go-ahead,” explained Mr Fayemi, “he would come back and say everything is ready, and if you don’t hear any feedback from him, his boss probably did not give him the go-ahead.”

He also assured that multi-level policing did not mean the removal of the federal police.

“They will be handling federal crimes such as terrorism. But there are some things you don’t need to take to Abuja to be able to deal with them. People at local levels know every nook and cranny of their community, unlike somebody you just bring in from, say, Kaura Namoda,” he added. “Multi-level policing will happen one day in this country. It is one sure way to tackle the numerous security challenges we face now.”