Igbos shouldn’t cause a repeat of 1967 genocide: Orji Kalu

Ex-Governor Orji Uzor Kalu has advised the Igbos in the South-East not to cause a repeat of the 1967-1970 genocidal killings in the region. 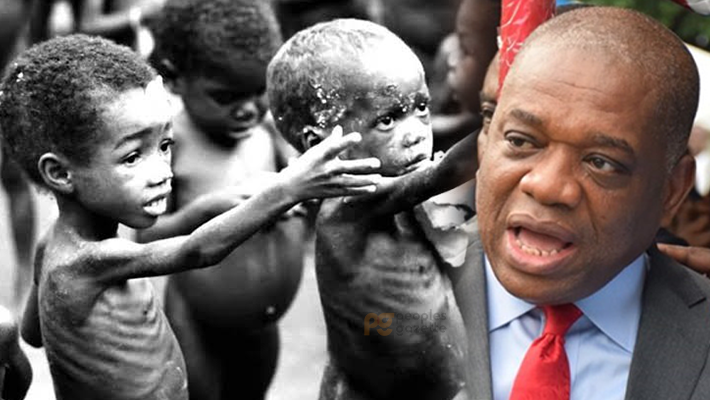 Ex-Governor Orji Uzor Kalu has advised the Igbos in the South-East not to cause a repeat of the 1967-1970 genocidal killings in the region.

“We should not either by words or actions pursue a repetition of the 1967 horrible genocide,” stated Mr Kalu, admonishing individuals sponsoring violence in the South-East to stop.

The pogrom, sanctioned by the Nigerian federal government, resulted in some three million Igbos massacred.

President Muhammadu Buhari, one of the spearheads of that pogrom, had threatened to unleash similar violence on recalcitrant Igbos amid a wave of killings and arson, especially targeted at security forces and government facilities.

Mr Kalu, a chieftain of the ruling APC and lawmaker in the Senate, urged disgruntled Igbos to consider dialogue, warning that the Igbos should not use violence in their agitations.

”We should come to understand that every war ends on a table, instead of destructions before coming to the table,” pointed Mr Kalu. “Is it not wiser to come to the table and avoid destruction? We need infrastructure. We need investments. We don’t need hostilities.”

He added, “So, we are pleading with you to stop and embrace peace.“

Mr Kalu, also Senate chief whip, said this in a statement on Tuesday in Abuja.

He considered the ongoing wanton violence in the South-East strange, saying Igbos are not known for burning property to punish enemies.

”The policemen and military officers being killed are fathers, mothers, husbands, wives, children, and relatives.

”Anyone that has lost a close relative knows what it means to lose parents or children,” he explained.

The former Abia governor further said, “I am more concerned about the lives lost because of the trickle-down effects on families.

“Our people are not known for burning homes to punish enemies. Destroying police stations and infrastructures can never be the best path to express grievances.”