“Carbonated and sugary drinks will impose immense hardship on ordinary Nigerians who easily keep hunger at bay with a bottle of soft drink and maybe a loaf of bread.” 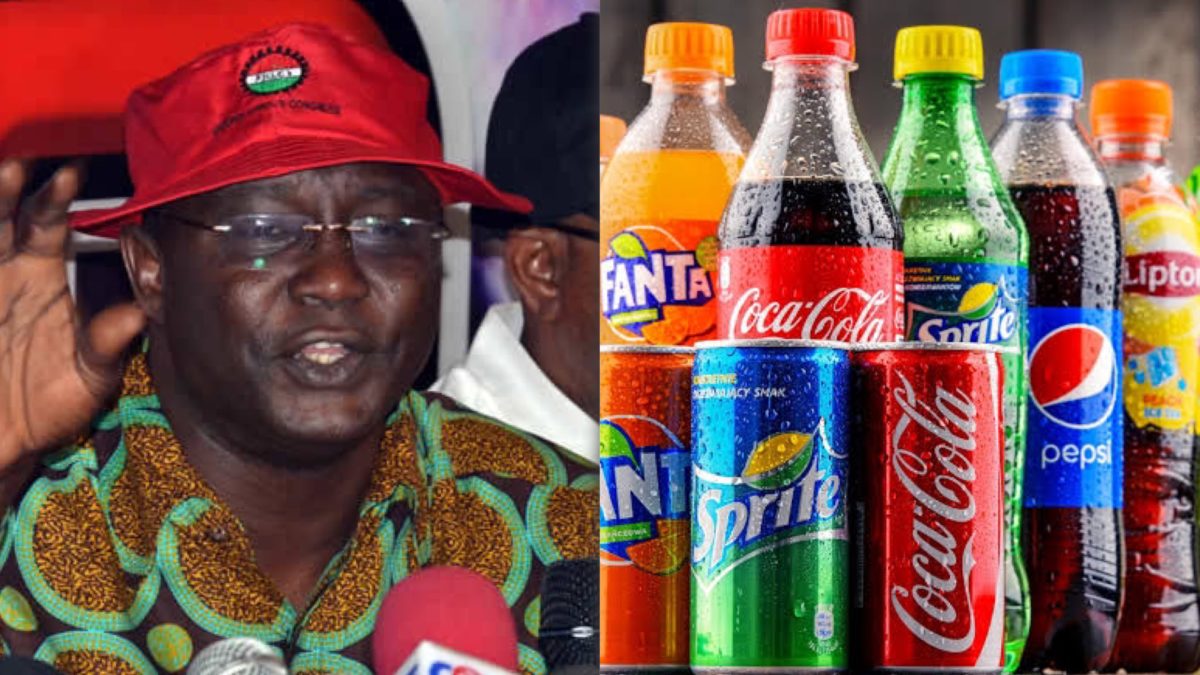 In a statement by its president, Ayuba Wabba, the NLC asserted that the new policy will lead to an increase in the retail price of drinks, which will, in turn, affect demand.

“Our concern is the mass hunger that would result from the slightest increase in the retail price of soft drinks owing to the imposition of excise duties as it would be priced beyond the reach of many Nigerians,” Mr Wabba said.

Finance minister Zainab Ahmed announced Wednesday at the public presentation and breakdown of the 2022 budget in Abuja, that the new policy was aimed at discouraging excess sugar consumption and tackling diabetes.

But Mr Wabba in the statement titled, ‘Nigerian workers reject the imposition of excise duties on locally produced carbonated drinks’, said the NLC had in a letter pleaded with the president to suspend the implementation of the excise duties on non-alcoholic, carbonated and sugary drinks.

He said among the cogent reasons why NLC made the appeal was that “carbonated and sugary drinks will impose immense hardship on ordinary Nigerians who easily keep hunger at bay with a bottle of soft drink and maybe a loaf of bread.”

Also, Mr Wabba said the congress was alerted by the “complaint of manufacturers of soft drinks in Nigeria that the re-introduction of excise duties would lead to very sharp decline in sales, forced reduction in production capacity, and a certain roll back in investments with the certainty of job losses and possibly shut down of manufacturing plants.”

He also recalled that tyre manufacturing companies such as Dunlop and Michelin relocated to Ghana after the government ignored their complaints.

Mr Wabba warned that a similar situation may play out if the government fails to pay attention.

He maintained that “with 38 per cent of the entire manufacturing output in Nigeria and 22.5 per cent share representation of the entire manufacturing sector in Nigeria, the food and beverage industry is the largest industrial sub-sector in our country. The food and beverage sub-sector has generated to the coffers of government N202 billion as VAT in the past five years, N7.3 billion as Corporate Social Responsibility and has created 1.5 million decent jobs both directly and indirectly.

“In light of the foregoing, we ask the National Assembly to quickly amend the sections of the Finance Act that re-introduced excise duties on non-alcoholic and carbonated drinks,” he added.

Similarly, industrialists on Thursday warned the policy will lead to an increase in Nigeria’s unemployment rate.