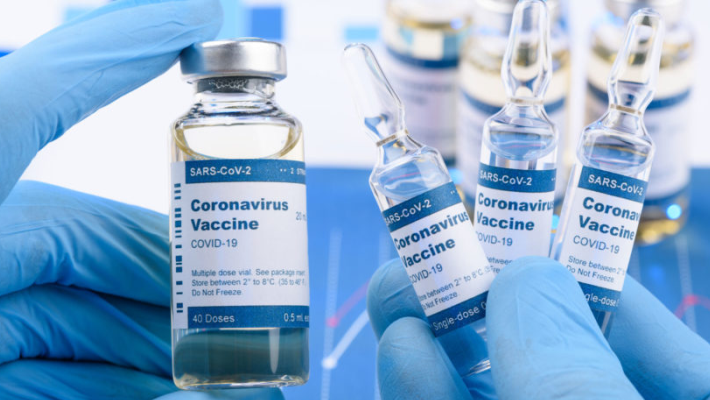 The Italian government presented a roadmap on Wednesday outlining the gradual lifting of virus-related restrictions, in a process stretching from April 26 until the summer.

The government also plans to introduce a coronavirus pass soon for travel within the country.

Known as a ‘green passport,’ it would allow people vaccinated to travel to areas with an increased risk of infection, the government said after a cabinet meeting.

Italy is re-introducing white and yellow zones to describe areas with low or moderate infection levels in the government’s new coronavirus decree.

In zones classified as yellow, restaurants and bars would be able to serve diners seated in outdoor areas at lunchtime and in the evening, as of April 26.

Indoor areas, however, are to remain closed.

Theatres, cinemas and concert halls will also be allowed to open, also with limited attendance.

Swimming pools in yellow zones would also be allowed to open, starting on May 15.

Meanwhile, major sporting events are also to be allowed as of June 1, though they are limited to outdoor events with a maximum of 1,000 spectators.

Gyms will also be able to reopen in early June.

Conventions will be able to be held again, and entertainment parks may reopen as of July 1.

However, the night curfew is to remain in place between the hours of 10:00 p.m. and 5:00 a.m. There has recently been significant opposition to the measure from restaurant owners.

The national pass to allow travel to high-risk zones, classified as red or orange, is new. The document is to include details such as negative tests for the virus within the past 48 hours or a case of COVID-19 within the past six months.

The European Union was also planning a ‘green passport’ for international travel, and these papers would be recognised in Italy, the government said.

Case numbers in Italy have been improving in recent weeks.

Authorities registered nearly 14,000 new infections and 364 deaths in 24 hours on Wednesday in the country of 60 million people.