Civil Defence officers revolt over deduction of N5,000 from their salaries for ‘useless’ name-tag

Officers of the Nigerian Security and Civil Defence Corps are protesting at the corp’s headquarters in Abuja and its formations across the country over a N5,000 deduction in their December salaries 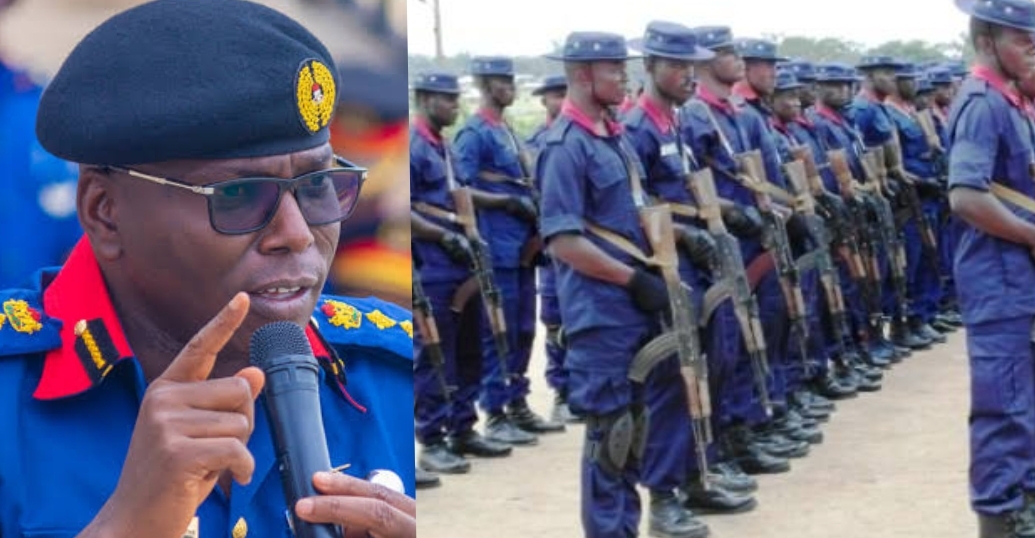 Officers of the Nigerian Security and Civil Defence Corps are protesting at the corp’s headquarters in Abuja and its formations across the country over a N5,000 deduction in their December salaries amidst rising economic hardship.

The said amount was deducted as costs for name-tag as evident in the description from the transaction alert seen by Peoples Gazette. The ‘name-tag’ cost was deducted alongside other statutory deductions.

The Gazette learned that civil defense chief, Abubakar Audi, has promised to resolve the matter but the officers are revolting that the name tag is useless because it is part of the standard uniform design and should not have been deducted in the first place, especially amidst harsh economic conditions.

“Let us distinguish cooperative society from the corps. There is no deduction of salaries by the corps.

“The issue of salary deduction should be differentiated from the deduction for name tags. To be clear, when you talk about name tags, there is a cooperative society to which some members voluntarily belong.

Other security agencies such as the police and even soldiers have complained about arbitrary deductions from their wages in the past.