The Biafra separatist leader will remain in custody until the next hearing date. 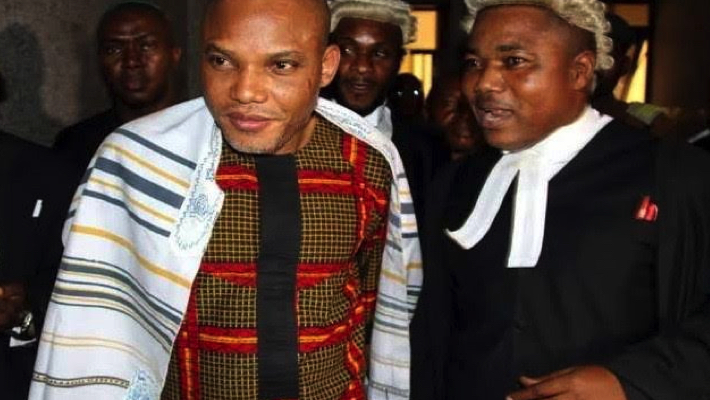 The Abuja Division of the Federal High Court on Thursday adjourned the trial of Biafra separatist leader Nnamdi Kanu till November 10.

Mr Kanu was presented for the continuation of the trial earlier today by the State Security Service after the court scolded the secret police for disregarding a previous order to produce the activist in court.

Mr Kanu has been facing charges of terrorism and an attempt to overthrow the Nigerian government. He was abducted by Nigerian agents in Nairobi in June and transferred to Abuja.

Mr Kanu was driven away by the SSS from the courtroom, and he will remain in custody until the next hearing date.

Mr Kanu pleaded not guilty to a seven-count charge that included treason, felony, terrorism and verbal abuse of the president.

Mr Kanu’s counsel Aloy Ejimakor told The Gazette that there would be a hearing of two motions on November 10. The first motion challenges the jurisdiction of the court to hear Mr Kanu’s matter. If unsuccessful, the second would be an application for the separatist leader’s bail.

Mr Kanu was also denied an application seeking his transfer to the Kuje Correctional Centre on the outskirts of Abuja.

Senator Ifeanyi Ubah, who came after the court hearing, faulted the SSS for denying Mr Kanu access to visitors, including his relations and associates.