One killed as police open fire on Shiite protesters in Abuja 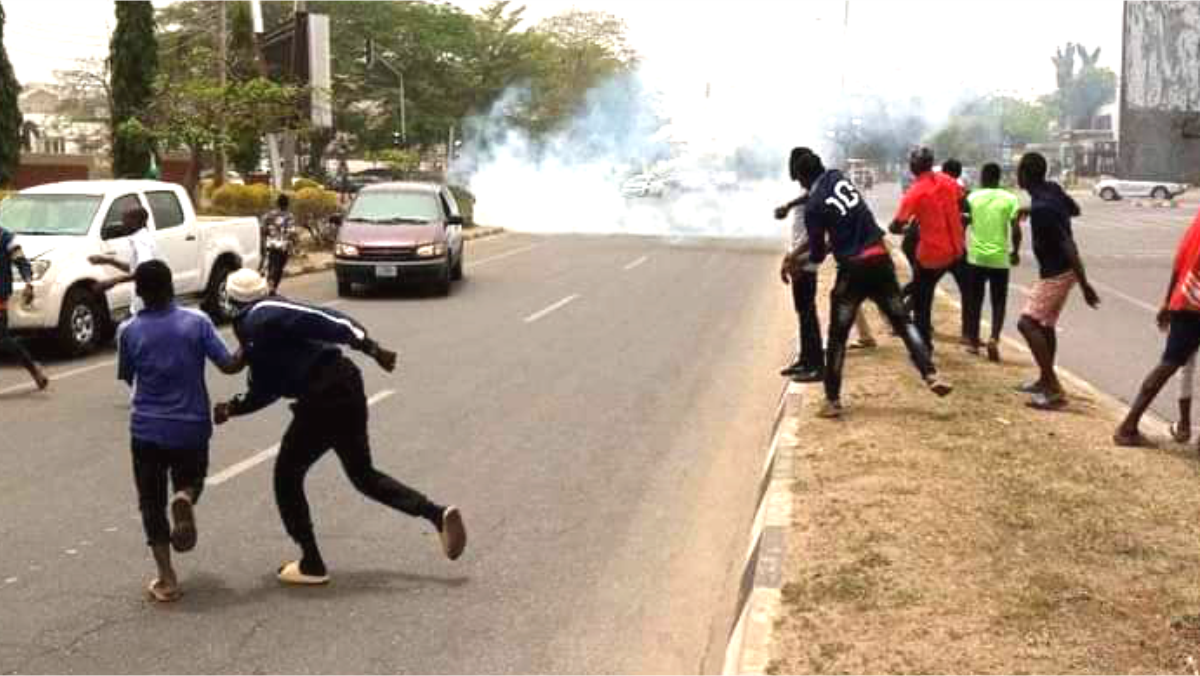 At least one person was fatally shot while many others sustained gunshot injuries as operatives of the Nigerian Police forcefully dispersed protesting members of the Islamic Movement in Nigeria (IMN) in Abuja.

The deceased, Muhsin Abdallah, was killed by a live bullets when the police engaged the demonstrators with lethal force, Ibrahim Musa, Shiites spokesman told Peoples Gazette on Monday.

Mr Musa said the IMN members had converged at their usual location in Maitama to protest against the continued detention of their leader, Ibrahim El-Zakzaky and his wife.

Shortly after, police disrupted the “peaceful” procession, he said.

“Today there was a daily ‘free Zakzaky’ peace protest. However, on reaching the area around Human Rights Commission, where the protesters normally go to lodge their complain, armed security men opened fire on them, killing Muhsin Abdallah instantly and injuring many,” Mr Musa narrated.

The Gazette gathered that police operatives from the mobile unit carried out the attack on the aggrieved protesters.

FCT police command spokesperson Mariam Yusuf did not respond to multiple messages and calls from The Gazette when contacted by phone.

The Shiites embattled leader, Mr El-Zakzaky and his wife, have been in detention since 2015 after the military clamped down on the sect in Zaria, killing over 300 Shiites.

IMN members have been staging protests across the 19 Northern states including the Federal Capital Territory against the continued detention of their leader.

Security operatives have killed several IMN members that have been protesting for the unconditional release of their leader for over five years.