Mr Mohammed further said the Kwara governor has become a reproach to the party as he has given reasons for opposition whom they dislodged to mock party leaders. 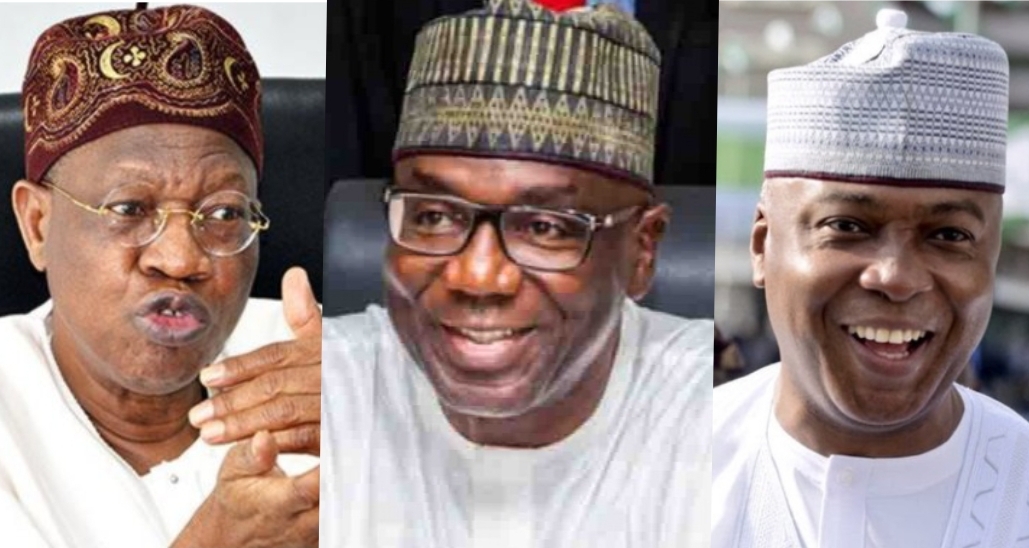 The internal crisis in the All Progressives Congress (APC), Kwara State chapter, took a messy turn as Nigerian minister of information and culture Lai Mohammed publicly derided state governor Abdulrazaq Abdulrahman as a worthless leader, saying the state has entered “one chance” under Mr Abdulrahaman’s leadership.

“One chance” is a popular phrase in Nigerian street parlance used to describe con artists, ritualists and robbers who disguise as commercial drivers, deceiving unsuspecting commuters to board their vehicles and then harm them midway through the journey.

The nefarious activities of one chance operators over the years has made one chance phrase synonymous with fraud, armed robbery, kidnapping and death amongst Nigerians.

In a video published by BBC on Saturday, Mr Mohammed, who was seen addressing a crowd of party members in his home state, Kwara, ridiculed Mr Abdulrahman as a bad leader.

The minister said monies spent to mobilise voters and party operatives during Mr Abdulrahman’s election were contributed by party leaders.

“This was were we spent money. It was the money of party leaders we spent in mobilising. I have witnesses. We shared money. We shared cars. We shared motorcycles. Did he contribute a dime?” Mr Mohammed said to the cheering party loyalists in native Yoruba language.

“Even before we elected him as governor, we already knew we have entered once chance in Kwara State. He is a worthless person. Was he our party member before? We never knew him before. We thought he was good human,” he added.

Mr Mohammed further said the Kwara governor has become a reproach to the party as he has given reasons for opposition to mock party leaders. He said many of them had no business welcoming Mr Abdulrahman into their party but for the political exigencies in the run up to the 2019 elections.

The APC in Kwara, hitherto an opposition party in the state, rallied a coalition of anti-Saraki forces through the “Otoge (enough is enough) movement” to dislodge the stranglehold of the Saraki family, then led by former Senate President Bukola Saraki, from Kwara politics.

Since their success, the party has been locked in simmering tussles over disagreement on the sharing formula for the spoils of their labour.

The crisis in the party over leadership deepened in February as camps of Messrs Abdulrahman and Mohammed engaged in public brawl in a bid to control party structure.

Peoples Gazette in February reported how membership registration and revalidation exercise of the APC turned violent in the state following disagreement among members.