The activist and other protesters sang solidarity songs and displayed placards against the denial of the Lekki massacre by the Lagos State Government. 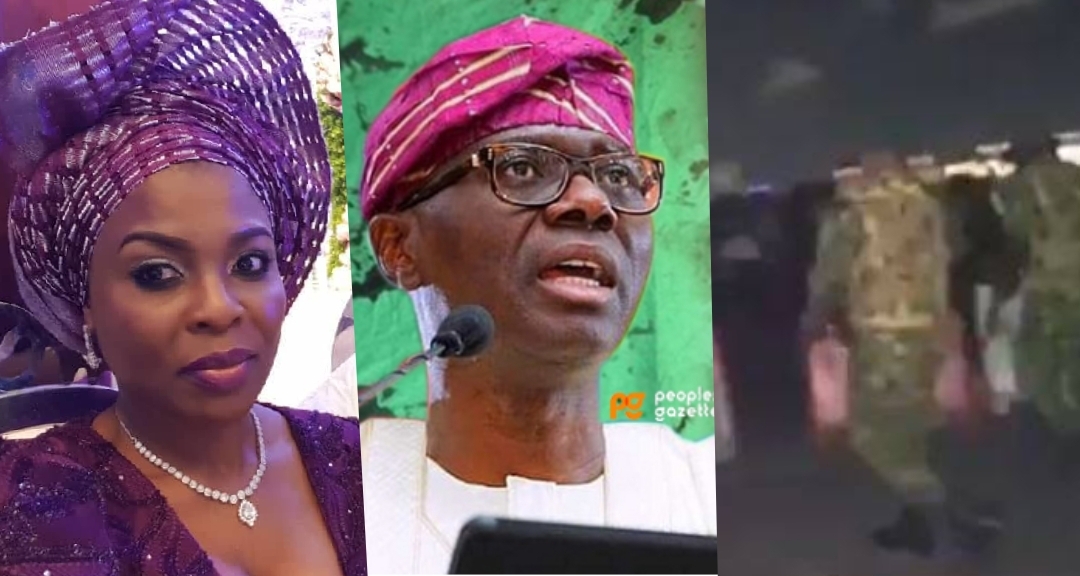 The activist and other protesters sang solidarity songs and displayed placards against the denial of the Lekki massacre by the Lagos State Government.

“We are mothers and we are mourning. You are calling for a walk of peace and there is no peace in the land. I beg to tell you that there shall be no peace in Lagos State until we get justice for our children,” Ms Onajobi, better known as Just Adetoun, on social media said.

Ms Onajobi also rejected the invitation to a peace walk extended to her and other frontline #EndSARS protagonists by Lagos governor, Babajide Sanwo-Olu.

Other invitees: Mr Macaroni, Falz and Dele Farotimi, had earlier turned down the governor’s invite.

“There shall be no walk of peace until justice prevails for every child that was massacred during the #EndSARS protests, don’t ever invite me for such, I do not walk with murderers. You should resign,” Ms Onajobi said.

Some of the women who demonstrated on Thursday are said to be mothers of some of those who were killed and injured at the Lekki Tollgate on October 20, 2020.

Ms Onajobi who was a witness at the Judicial Panel of Inquiry set up by the Lagos State Government to investigate cases police brutality and the Lekki Tollgate incident reiterated that the event of October 20, 2020 was a massacre and demanded that the governor abide by the conclusions and recommendations of the judicial panel of inquiry.

Citing some inconsistency in the report of the judicial panel, the Lagos government on Tuesday said it could not rely on the panel report to conclude that a massacre happened when government brought in soldiers with firearms to quell #EndSARS protests last year.

Despite asking the families of the victims to come forward and make their case at the, thugs believed to be sponsored by the government have been hounding and physically attacking witnesses who stepped forward to testify and make claims regarding the incident during the panel’s inquiry.

The federal government has also repeatedly denied the massacre asking the citizens to provide the bodies or the parents of those killed, requests that many Nigerians have described as preposterous and disrespectful.