Carvalho was recently named in Rui Jorge’s Portugal Under-21 squad for upcoming friendlies against the Czech Republic and Japan. 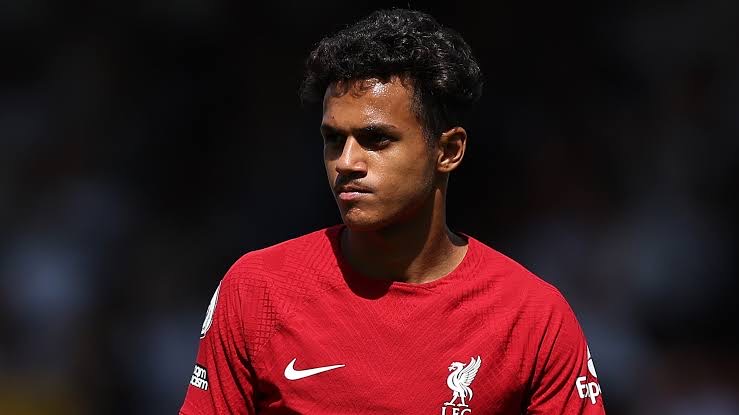 Liverpool’s Fabio Carvalho has opted to stop representing Portugal at the Under-21 level.

Carvalho had been named in Rui Jorge’s Portugal Under-21 squad for upcoming friendlies against the Czech Republic and Japan before the 20-year-old informed the Portuguese Football Federation (FPF) of the move.

“Fabio Carvalho informed the Portuguese Football Federation, through some SMS messages, that he does not intend to continue representing Portugal at the Under-21 level,” a statement from the FPF read.

“This decision by the player was communicated after the call-up for the preparation games with the Czech Republic and Japan was known.”

Carvalho, who has made 11 Premier League appearances in his first campaign with the Reds, scoring twice, previously played for England at younger age levels.

The attacking midfielder most recently made six appearances for England’s Under-18s between 2019 and 2020.

Having not yet played at the senior international level, he could pursue a career with the Three Lions after deciding to step back from playing for the country of his birth.