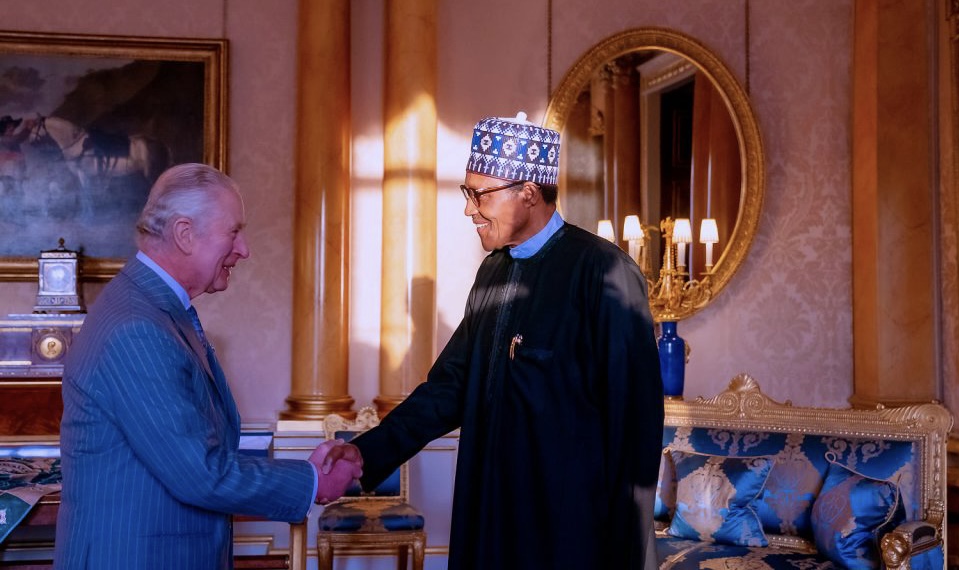 The meeting agenda between Buhari and King Charles was unknown at the time of filing this report.

However, it was gathered that the Nigerian leader used the opportunity of the meeting to condole with the new king on the demise of his mother, Queen Elizabeth II, and to also congratulate him on his confirmation as the new British Monarch.

Buhari departed Abuja on October 31 for London for a routine medical checkup.

An earlier statement by Mr Femi Adesina, the president’s spokesman, said the president would return to the country in the second week of November