Mr Ortom had requested the proscription of Miyetti Allah and the Fulani Nationality Movement (FUNAM) just as bandits. 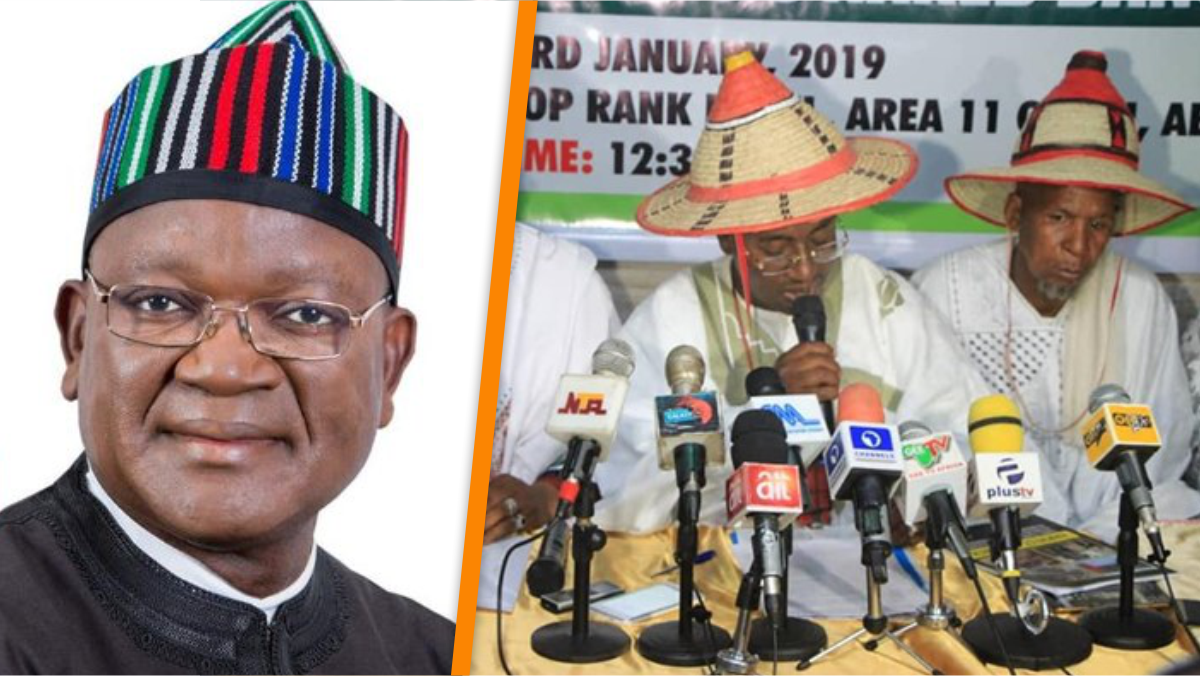 The Miyetti Allah Cattle Breeders Association of Nigeria (MACBAN) has slammed Benue State governor, Samuel Ortom for asking President Muhammadu Buhari’s regime to declare the association as a terrorist one.

“We are not at all surprised at the recent call by Gov. Samuel Ortom of Benue State for the proscription of our association (MACBAN) going by his antecedents,”  the National Secretary of MACBAN, Baba Ngelzarma, said in a statement on Friday in Abuja.

Shortly after Mr Buhari gazetted an order designating bandits as terrorists, Mr Ortom, in a statement by Nathaniel Ikyur, his chief press secretary said insecurity will be adequately addressed if the federal government takes the same position on Miyetti Allah and the Fulani Nationality Movement (FUNAM).

“Though the federal government’s measures on bandits now seem strong, the security challenges will only be adequately addressed if a similar hard position is taken on Miyetti Allah Kautal Hore, MACBAN, and the Fulani Nationality Movement (FUNAM) who have vowed and continued to cause mayhem in Benue State and other parts of the country because of the anti-grazing laws,” Mr Ortom had said.

But Ngelzarma alleged that the governor’s hatred for the Fulani was not in doubt, adding that “he has proved beyond reasonable doubt that he is an unreliable leader.

“Whose stock in trade is fanning the embers of hatred between peaceful Nigerians that have been living in peace for many centuries.

He, however, urged the Buhari regime to ignore Mr Ortom’s “unpatriotic” call, just as he dismissed claims that MACBAN was a terrorist organisation.

“We, therefore, call on the Federal Government to ignore this unpatriotic call by a wayward Governor who is hell bend on putting this country into unnecessary crisis,” Mr Ngelzarma said.

“We are fully registered with the regulatory agencies with clear vision and mission to foster peaceful coexistence to our teeming members as well as serving humanity positively.”

Mr Ngelzarma, however, advised Mr Ortom to “concentrate on delivering the dividends of democracy to the good people of Benue” instead of chasing phantom shadows.