“President Buhari collect money from 10 of your people, 10 looters to resolve this problem,” Mr Falana said. 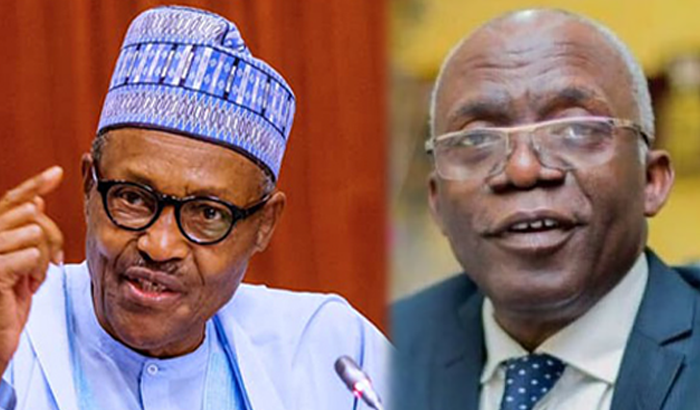 Lawyer and human rights activist Femi Falana has called on President Muhammadu Buhari to use funds looted by corrupt officials in his regime to meet the demands of the Academic Staff Union of Universities (ASUU) and bring to an end the ongoing industrial action.

“President Buhari collect money from 10 of your people, 10 looters to resolve this problem,” Mr Falana said. “One of them was charged on Friday. The man has stolen N1.9 billion, one person. There are those who have stolen more, there are those who are stealing more.”

“Let them stop deceiving our people that there is no money. A few of them, about 400 took loans from our banks, called them toxic loans, N5.4 trillion is owed,” Mr Falana said during the Nigeria Labour Congress solidarity protest with ASUU in Lagos on Tuesday.

The ongoing ASUU strike has seen public universities across the country shut down since February, leaving hundreds of thousands of students stuck at home.

The union said successive governments failed to implement a 2009 agreement, and has demanded that Mr Buhari adopt the Universities Transparency and Accountability Solution (UTAS) for paying universities’ staff salaries instead of the Integrated Personnel Payroll Information System; payment of academic earned allowance (EAA), among others.

On Tuesday, Nigeria Labour Congress across the country protested in solidarity with ASUU, demanding that Mr Buhari meet their demands so students could return to school. The protests were held in Lagos, Jos, Akure and other cities across the country.

A few weeks ago, presidential spokesperson Garba Shehu, said ASUU was unfairly demanding that the Buhari regime implements an agreement that was entered with past “incompetent” Peoples Democratic Party governments.

“Don’t forget that at the heart of these problem is a 2009 agreement between the then government, which incompetently signed an agreement that they had no capacity to deliver upon. So, why is Buhari being held by the neck? What happened in the past?” Mr Shehu asked.