Every citizen’s right to protest peacefully was enshrined in the Nigerian Constitution, Mr. Abubakar said. 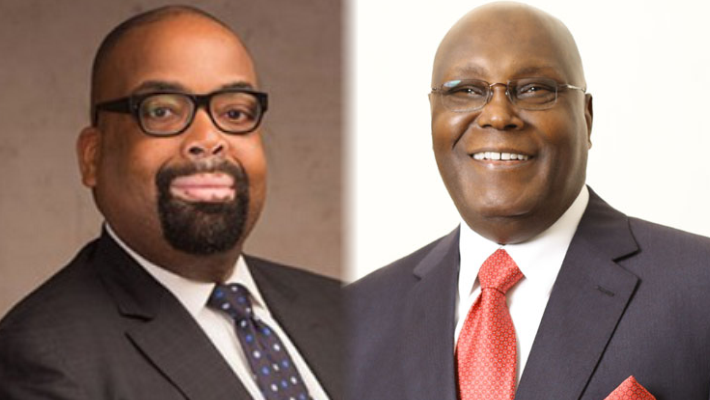 The Nigerian Bar Association has condemned the violations and human right abuses meted on protesters at the Lekki toll gate on Saturday even as former vice president Atiku Abubakar condemned the clampdown, insisting the right of Nigerians to peacefully protest.

“The images and footage of the unlawful actions of the Nigerian Police at the Lekki Tollgate Lagos are truly shocking. The @NigBarAssoc condemns the brazen disrespect for the fundamental rights of unarmed citizens who are merely exercising their rights to peaceful protests,” NBA President Olumide Akpata said via a series of tweets.

Mr. Akpata stated that members of the professional body are working to ensure the release of the protesters detained illegally.

Mr. Abubakar on his own part decried the approach of the police, stating that every citizen’s right to protest peacefully was enshrined in the Nigerian Constitution.

“The 1999 Nigerian constitution, as amended (Section 40) guarantees the right of citizens to peaceful protest. The courts have also affirmed that right. Anything contrary to that is not acceptable and stands condemned,” the opposition leader said in a tweet on Saturday.

“It is the security agents’ responsibility to provide a secured conducive environment for citizens to protest peaceably in line with constitutional provisions and the African Charter on Human rights,” he added.

At least 40 protesters were arrested at the Lekki Toll Plaza Saturday morning, Peoples Gazette reported. Investigations show that the demonstrators were being held across police cells in Panti, Adeniji and Ikeja, under inhuman conditions.

A video shot and circulated by the police Saturday afternoon showed some of the arrested protesters shoved half unclad into a rickety Lagos metro bus and put through dehumanising conditions.

The demonstrators had gathered Saturday morning at the Lekki Toll Plaza, against the government’s warnings of consequences  in the event of protests.

A special police unit, Rapid Response Squad (RRS), funded by Lagos taxpayers have mounted the toll plaza since Friday and has been coordinating arrests of any pedestrian seen around the toll gate.