Arise TV had run and then retracted a letter that claimed INEC was investigating the APC presidential candidate Bola Tinubu’s involvement in drugs. 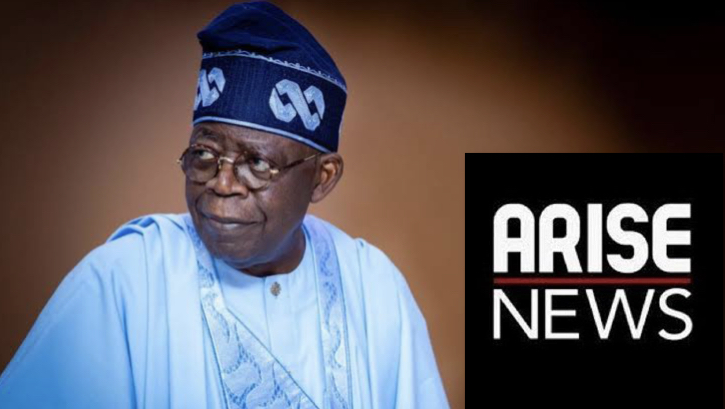 The National Broadcasting Commission (NBC) has bowed to pressure from the ruling All Progressives Congress (APC) to fine Arise TV N2 million.

Dele Alake, special media adviser to the Tinubu/Shettima campaign had in a petition, asked the regulatory body to sanction news stations for broadcasting the erroneous publication, which had already been retracted.

“We hereby request the National Broadcasting Commission to sanction the offending stations in the name of justice and the protection of the rights of our candidate as well as avoidance of future reoccurrence,” the petition read.

Per the APC’s request, the NBC has now handed a fine of N2 million to Arise Television.

In a letter signed by its director general, Balarabe Shehu Ilelah, the commission said Arise Television violated multiple provisions of the broadcasting code.

“The National Broadcasting Commission has imposed a penalty of N2,000,000.00 (Two Million Naira only) on Arise TV, being sanction for the violations of the Nigeria Broadcasting Code.

“The National Broadcasting Commission, between the 19th and 26th of September, 2022, went around the country to sensitize broadcasters and remind them of the provisions of the Nigeria Broadcasting Code and the Electoral Act as we count down to the 2023 general elections.

“The commission also underscored the need for broadcasters to double-check the veracity of any information, especially those gotten from social media (User Generated Content UGC), which is specifically affirmed by section 5.6.5 of the Nigeria Broadcasting code.

“Likewise, we draw attention to Section 5.0.1 of the Nigeria Broadcasting Code, which provides that news shall be presented as a truthful and accurate account of an event or phenomenon,” the letter read.

The NBC further said that it would not hesitate to sanction broadcasters that contravene its requirements.

“Nevertheless, the commission uses this opportunity to warn all broadcasters to adhere to the provisions of the Nigeria Broadcasting Code, Regulations and other Extant Laws, as it will not hesitate to sanction any broadcaster that contravenes the above requirements,” it added.