Mr Mbaka said no place in Nigeria was safe if bandits could gain entrance into the defence academy. 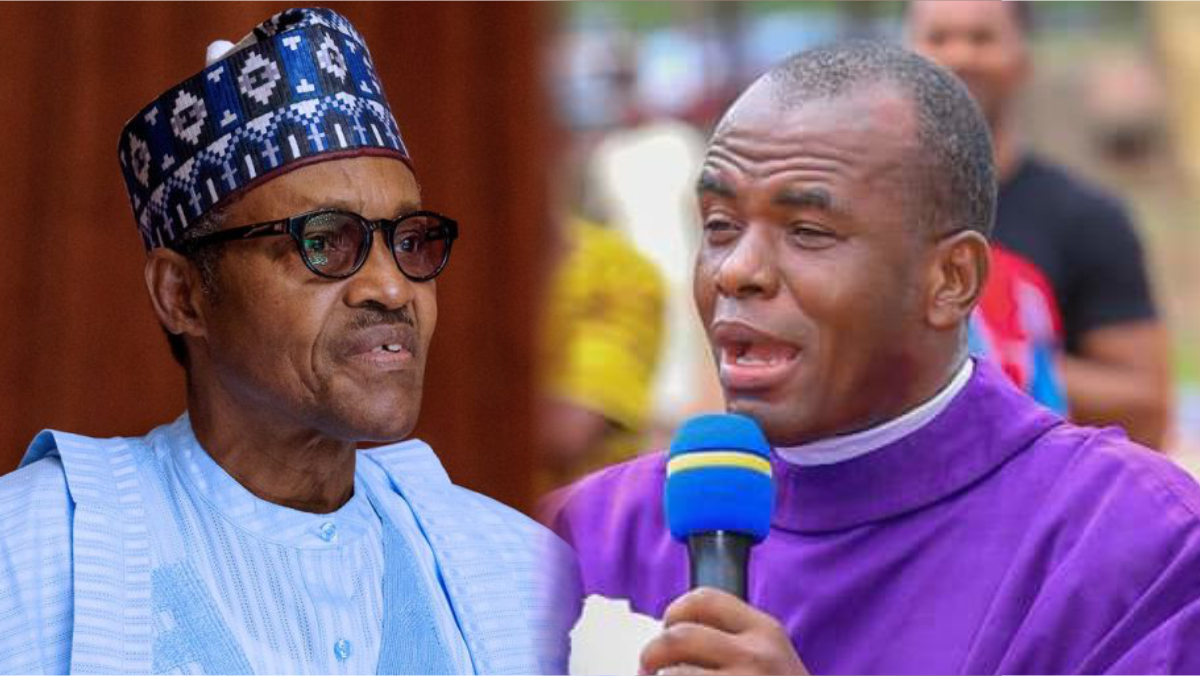 Controversial Catholic Reverend Father and Spiritual Director of Adoration Ministry, Ejike Mbaka, says the attack on the Nigerian Defence Academy in Kaduna shows that the country is sinking under President Muhammadu Buhari’s watch.

A former ally of the Buhari regime, Mr Mbaka, said Sunday that the NDA attack was the beginning of a looming crisis. He added that Nigeria’s situation could be worse than what is happening in Afghanistan.

“Did you not hear that yesterday (Saturday), bandits entered into our most secured place in this country, Nigerian Defence Academy? The NDA, the impenetrable place in Nigeria and killed some Nigerian military officers. The country is sinking just as I told them last time,” Mr Mbaka said.

Mr Mbaka called for the release of Nnamdi Kanu, leader of the Independent Peoples of Biafra (IPOB), who was abducted from Kenya by the Buhari regime and is now facing trial.

According to him, detaining Mr Kanu will not stop the agitation for secession in the South-East.

“The arrest of Nnamdi Kanu; will it solve any problem? Will it stop any agitation? Now, the attack on the NDA; is it Nnamdi Kanu now?

“Is it not better that he is released? Since he is still under their custody and NDA could be perforated, violated and mesmerised, what is the hope of this country if it can happen in Nigerian Defence Academy? Where else is safe?” Mr Mbaka asked.

Before now, Mr Mbaka, in one of his sermons had lambasted Mr Buhari, saying God has asked him to withdraw and prophesy against Mr Buhari who he vehemently campaigned for in the run-up to the 2015 and 2019 presidential elections.

Garba Shehu had at the time dismissed Mr Mbaka’s criticism, saying the controversial cleric was aggrieved because his secret request to Mr Buhari was not granted.

On the bandits’ attack on NDA that left three dead and one kidnapped, Mr Shehu said it was a politically motivated attack to embarrass Mr Buhari’s regime.