President Muhammadu Buhari changed the Democracy Day commemoration from May 29 to June 12 in honour of the 1993 presidential election presumed winner MKO Abiola and other actors. 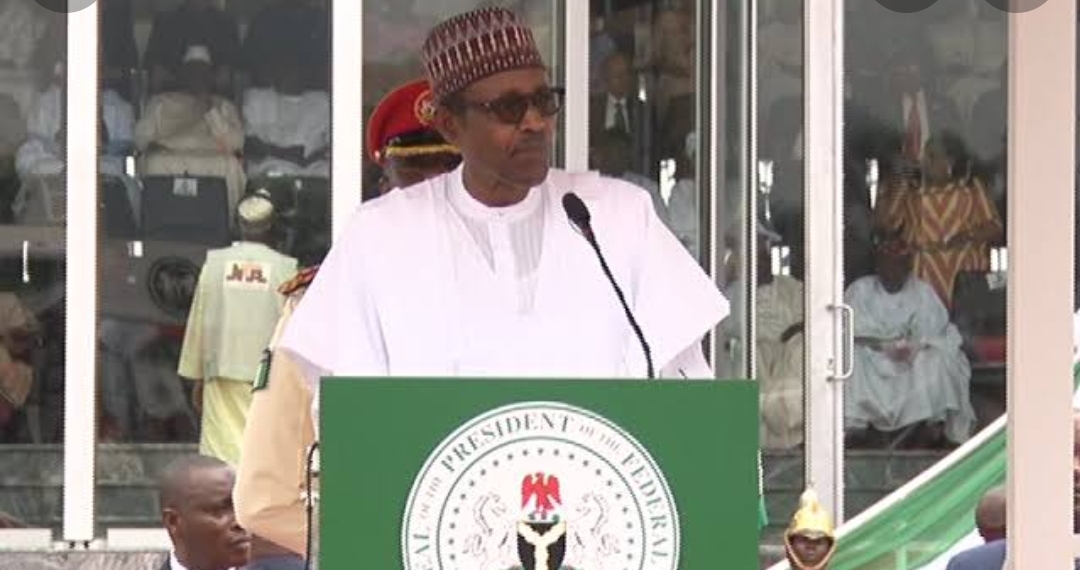 The activities of the 2022 Democracy Day commemoration have commenced at the Eagle Square, Abuja, with marching of commander guards brigade general salutes.
The commander guard brigade took his position and salute at 9:00 a.m.

This will be followed with the arrival of special dignitaries, including President Muhammadu Buhari, Vice President Yemi Osinbajo, Senate President Ahmad Lawan, Speaker of the House of Representatives, Femi Gbajabiamila, former presidents and vice presidents. Others expected are chief justice of Nigeria, Ibrahim Tanko Muhammad, secretary to government of the federation, Boss Mustapha, ministers and members of the National Assembly.

Also expected at the venue were permanent secretaries and heads of federal ministries and parastatals.

Some of the dignitaries already seated are service chiefs and the inspector general of police, the national security adviser, Maj.-Gen. Babagana Monguno (retd.), and former Minister of Foreign Affairs of Nigeria, Babagana Kingibe.

Mr Buhari changed the Democracy Day commemoration from May 29 to June 12 in honour of the 1993 presidential election presumed winner MKO Abiola and other actors.