Nigeria in 2022: Experts give predictions on VAT, elections, economy, civil and separatist agitations

The forecasts are grim, with protests, secessionist agitations and more value added tax controversies expected ahead of the 2023 elections. 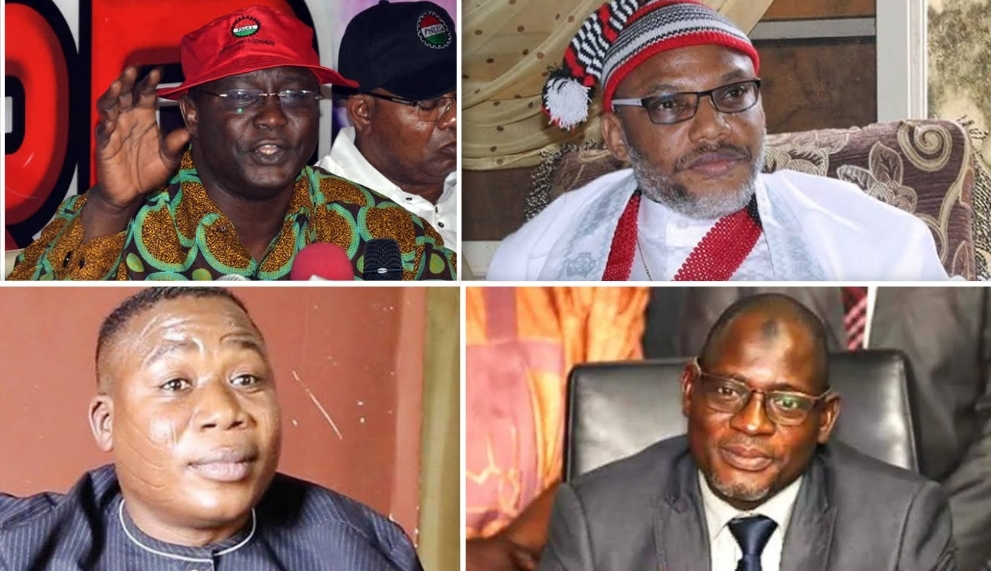 As Nigeria ushers in Year 2022 amid continuing battle against global contagion, COVID-19, experts have weighed in on the year’s outlook as the country faces unabating insecurity, mounting economic woes and off-cycle elections in Osun and Ekiti States

As may be expected, the forecasts are grim, with protests, secessionist agitations and more value added tax controversies in the picture ahead of the 2023 elections.

Experts believe that the low voter turnout and logistic difficulties faced by the Independent National Electoral Commission (INEC) during the 2021 Anambra elections, are pointers to the fact that the electorate are not psyched up for the coming 2022 elections.

In the lead up to the Anambra election, there was a combination of violent attacks by members of the Indegenous People of Biafra (IPOB) as well as sit-at-home enforcements in the South-East, leading to fears that the election would not hold.

That aside, President Muhammadu Buhari’s declining assent to the electoral amendment bill the second time since he took power in 2015, brought 2021 to a disappointing end.

Political activist and analyst, Ariyo-Dare Atoye, says the ripple effect of the president’s decision will carry on into 2022 as the 2023 campaign commences.

“The executive veto of the amended electoral act and the inability of the National Assembly to override the President means that 2022 will start with the clamour for the electoral bill to become law,” Mr Atoye told Peoples Gazette.

“Civil Society and spirited Nigerians have vowed to do everything democratically possible to have a new electoral act, bearing in mind that the internal politics of the ruling APC could consume the entire process if it is not concluded by the first month in 2022,” he added.

Lagos based political intelligence firm SB Morgen, in its report, ‘The Year Ahead 2022: Wiggling out of the rubble’, notes that the “Elections in Osun and Ekiti States will be the real start of the 2023 elections in Ekiti, the governor will not be on the ballot.”

In its predictions for 2022, the intelligence firm expects the All Progressive Congress (APC) to lose at the polls in Ekiti State to the Peoples Democratic Party (PDP). In Osun State, however, the firm predicts a “close-fought battle due to political infighting in the APC structure in the state. But we expect the APC to just edge it.”

Mr Atoye told The Gazette that “In Ekiti, a former governor of the state, Chief Segun Oni, is strongly positioned to pick the PDP ticket. At the same time, the immediate past Secretary to the State Government, Biodun Oyebanji, who enjoys the support of Gov Kayode Fayemi, is more likely to be the APC flag bearer.”

Also, Zaid Ayodeji Kolawole, a public policy analyst, told The Gazette that the guber elections will be “highly charged because both parties, especially the Tinubu and Makinde/Fayose factions, will like to assert their hold in the South West.”

Speaking on the internal struggle within the APC and how it will affect the political year, Mr Atoye said “It is expected that the internal wrangling in the ruling APC will boil over in the new year because of the failure of President Buhari to play a visible mediatory role.

“At the same time, the Gov Buni Caretaker Committee appears insincere and unwilling to leave until the elective Presidential convention,” he said, adding that “the APC has left the election of a new party working committee too late.”

With regard to the civic space, SBM predicts that there will be a rejuvenation of the civil society as the elections edge closer. The firm also predicts a number of protests from groups against socio-economic hardships around inflation and cost of living.

Already, the NLC has threatened strike actions on January 27 over the planned removal of fuel subsidy. The Buhari regime in November said plans were underway to swap subsidies for fuel for a monthly transport allowance of N5,000 for “deserving” Nigerians.

Previous demonstrations by the trade union, notably the Lagos and Ogun chapters, were made over the deplorable state of Nigerian roads among other issues.

On the detention of the leader of IPOB, and the Biafra agitation in the South-East, Mr Kolawole sees more adjournments for Nnamdi Kanu’s trial, while SBM predicts his release before or during the third quarter, based on a political compromise.

With regard to the tension in the region, Mr Kolawole foresees an uptick in agitation “when both major parties do not give their presidential tickets to an Ibo man.”

Mr Atoye believes that the PDP has shown better organisation than the APC with how it handled the zoning of its national chairman position. However, he expects the party’s 2023 election prospects to be tested by how it handles the zoning agitation.

“The PDP on the other hand, appears better organised because of its successful convention and the unity of purpose among the governors, but the party’s prospect of winning in 2023 will be tested by how it handles the zoning agitation that will become intense in 2022.”

Ahead of the 2023 election cycle, SBM predicts that the Buhari-led regime will lift the ban on microblogging site Twitter in time for the campaign season to kick off.

The Gazette has covered the past 200 days of Twitter’s suspension by the Buhari regime, which placed conditions for reinstating the site’s free access in Nigeria to include physical registration as a business entity in the country, payment of taxes, and agreement to block contents that threaten national security and cohesion on its platform.

Twitter has become popular among key political actors and stakeholders as a political tool. For instance, in 2015, the PDP, APC and their candidates used the site to dominate political discourse and campaign for voters. Federal, state and local government officials also use the platform to interact with their constituents and to communicate with the public.

This social media platform has also been used to monitor elections. Citizens are known to use their phones to broadcast and retweet voting activities, movement of electoral materials and staff, security situations at polling centres and results from polling units.

Studies show that these technologies played a critical role in enhancing the credibility and transparency of the 2015 general election that brought the Buhari regime to power.

On the controversy around value added tax remittances to the federal government, Mr Kolawole predicts a supreme court ruling sometime this year, stressing that the Buhari regime’s handling of the matter will shape the campaign ahead of 2023.