“We should be able to recognise them even as the fourth tier of government.” 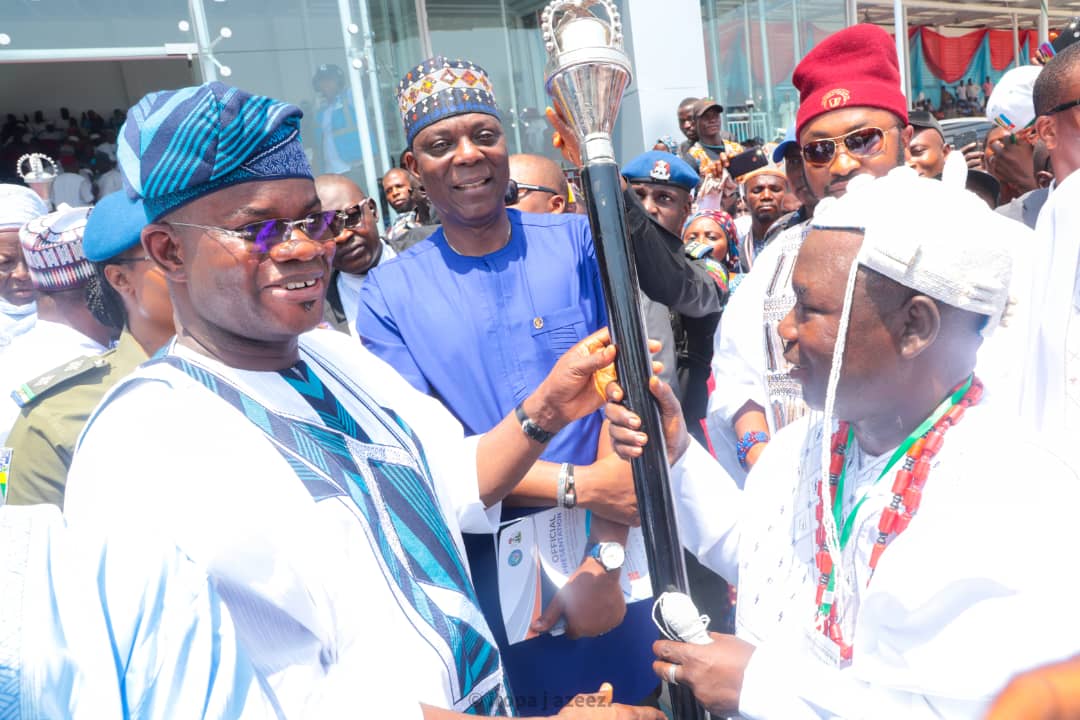 Yahaya Bello presenting staff of office to a traditional ruler

Governor Yahaya Bello of Kogi, on Saturday emphasised that traditional rulers must be involved in government’s policies and recognised as a fourth tier of government for Nigeria to be totally free from security challenges.

“If we really want to have peace and tranquillity, safety and development, we must be able to consciously and deliberately include our traditional rulers in our programmes and policies.

“We should be able to recognise them even as the fourth tier of government,” Mr Bello said.

The governor spoke in Lokoja, while presenting the staff of offices to 104 newly approved, graded and upgraded traditional rulers in the state.

He said the inclusion of traditional rulers in the state’s security architecture contributes to the successful fight against insecurity, crimes and criminals in the state.

“If we do not include them,  then we are not ready for peace, unity and development in our land. Our traditional rulers are the owners of the land.

“They know the inch, every inch of our land. Therefore, since they are the owners of the land, every crime and criminality that is taking place, they should be able to know,” he stated.

Mr Bello added that his administration would not have been able to succeed in curbing crimes in the state without the cooperation and understanding of the traditional rulers.