The reports linking the Lobi Stars did not sit well with the Nigerian club and has subsequently denied the rumours in a statement on its verified Twitter page. 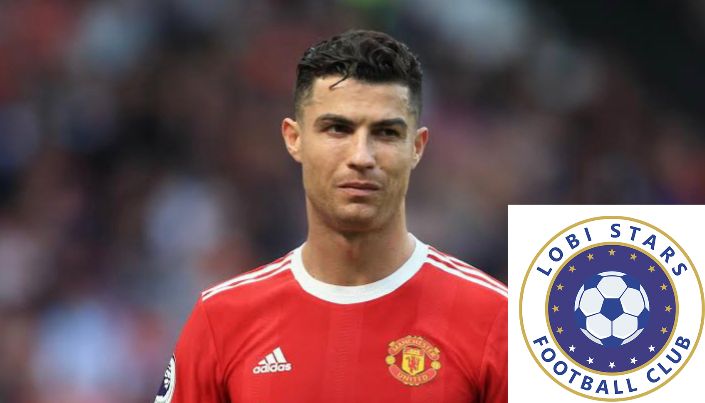 Nigeria Professional Football League (NPFL) side Lobi Stars F.C said they have not made any move to sign Cristiano Ronaldo following his divorce from Manchester United.

The Portuguese forward became an item of interest since he parted ways with the Red Devils on Monday, ending his second spell with the club where attained football glory under Air Alex Ferguson unceremoniously.

Ronaldo had been trending since last week when he gave a controversial interview to British host Piers Morgan where he lambasted the club and some legends. He also exposed other rots at Old Trafford.

Following the incident, United immediately announced plans to curtail the situation and abruptly ended Ronaldo’s uneventful second spell at the red side of Manchester, with six months still remaining on his contract after discussions between both parties.

With the five-time Ballon d’Or now clubless, he has since been linked to many clubs across the globe including a 14th tier English football league club AFC Crewe and also the Lobi Stars, currently playing in the top flight division of Nigeria league system.

The reports linking the Lobi Stars did not sit well with the Nigerian club and has subsequently denied the rumours in a statement on its verified Twitter page Wednesday night.

“Pls be informed that #WeAreLobi is yet to make any contact with representatives of #CristianoRonaldo following his release from @ManUtd.

“We wish him the best & #LobiStars will make no further comment on this,” the statement said.

Ronaldo, who is currently on duty with the Portugal national team at the 2022 FIFA World Cup in Qatar is expected to make a decision about his future once he returns from international duty.