The five-year-old family feud officially came to an end a day before the singing twins 40th birthday. 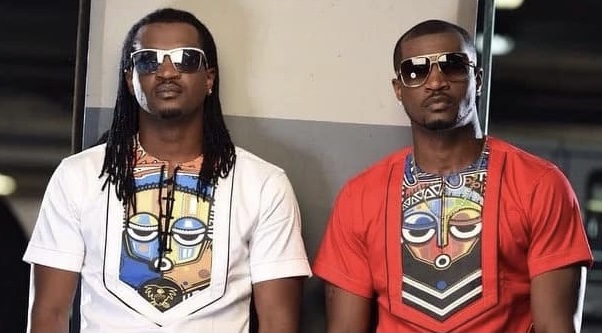 Former Nigerian music duo Peter Okoye and Paul Okoye seem to be on the path of reconciliation as they were seen embracing in an Instagram video.

The five years long family feud that saw the disbandment and estrangement of the singing twins popular known as PSquare, seems to have officially come to an end a day before their 40th birthday.

In an Instagram video which circulated on November 17, 2021, the brothers were seen embracing themselves, their elder brother and producer Jude Okoye and those around, while the phrase “case dismissed” was repeated over and over in the video.

Days ago the brothers began following each other back on Instagram, sparking rumors of a comeback.

Earlier this week, Anita Okoye, Paul’s wife, shared a video on her Instagram page of Peter visiting with his twin brother Paul’s kids in the United States.

Also, yesterday, Paul took to his Instagram stories to wish his twin brother and his wife Lola Okoye a happy anniversary.

He posted their picture, with the caption

Nigerians have taken to social media to express their joy and weigh in on the long awaited reconciliation.

. So happy for the brand, there mum will smile again in heaven”

Best news I got today

I have been praying for this to happen for years now

I love you guys