The Borno command of the Civil Defence said efforts are underway to apprehend the defaulting herdsmen who were on the run. 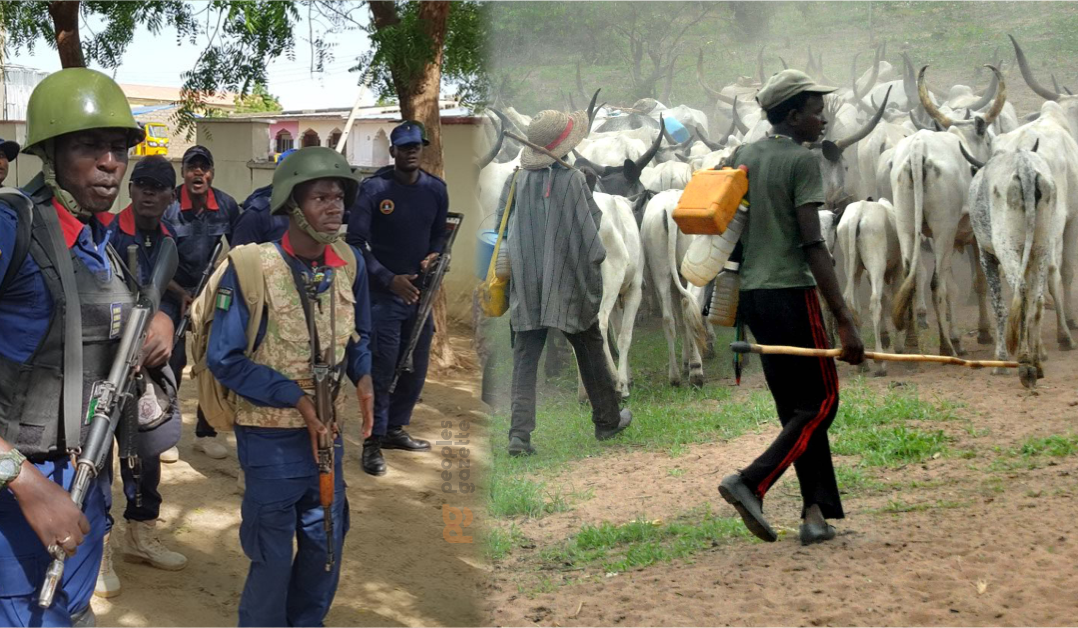 The Borno Command of the Nigeria Security and Civil Defence Corps (NSCDC) has seized 320 herds of cattle for destroying farmlands in Molai village near Maiduguri.

The State Commandant, Musa Farouk, made this known to journalists on Friday in Maiduguri.

Mr Farouk said the herders escaped but the command was in touch with the leader of herdsmen in the area, known as Ardo, to get the owners to pay for the damaged produce.

He said the command and other security agencies would not tolerate actions that could lead to conflict between herders and farmers in Borno.