“Mr Governor-elect…must avoid to be misled by hypocrisy and sycophancy of some arrogant political lieutenants.” 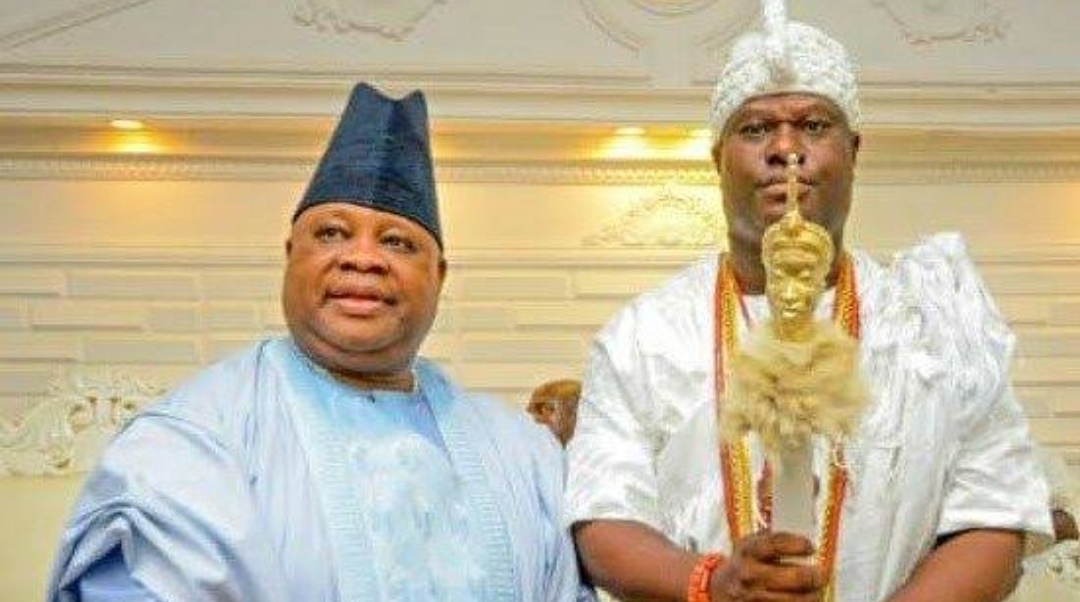 The Ooni of Ife, Oba Adeyeye Ogunwusi (Ojaja II) has advised Osun governor-elect Ademola Adeleke against being misled by his political associates.

Mr Ogunwusi gave the advice in a statement congratulating Mr Adeleke on his victory in Saturday’s election.

“Mr Governor-elect is from a noble family and a strong political dynasty in the state who must avoid to be misled by hypocrisy and sycophancy of some arrogant political lieutenants,” the monarch stated.

In the statement by his media aide, Moses Olafare, on Tuesday in Ile-Ife, Mr Ogunwusi described the victory as a confirmation of Mr Adeleke’s grassroots popularity.

He urged the governor-elect to carry everybody along and focus on his plans to deliver the dividends of democracy to Osun people.

The Ife ruler also hailed Governor Gboyega Oyetola for his peace-loving disposition before, during and after the election.

He described Mr Oyetola as a “perfect gentleman of peace” who kept to his promise at the peace accord meeting organised by the National Peace Committee in Osogbo a few days before the election.

“The success and smoothness of the voting exercise was not without the virtuous ethos of Omoluabi displayed across the state by the Osun electorate,” Mr Ogunwusi added. “They are truly the heroes of that election day.”