Osinbajo has praised a professor of Business Administration who criticised some Nigerian youths for lacking integrity and being fraudulent. 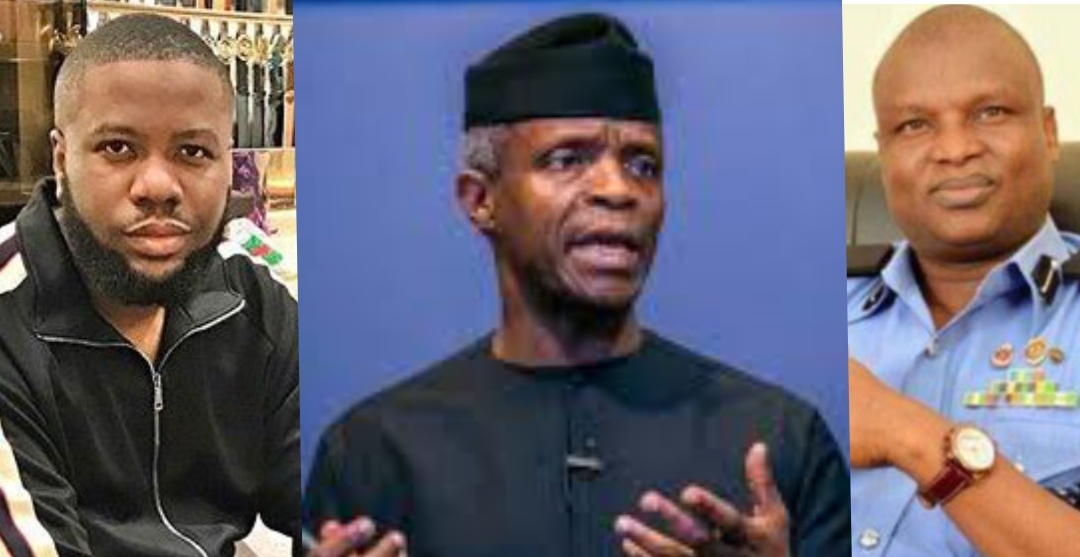 Vice President Yemi Osinbajo has praised a professor of Business Administration, Oluseyi Oduyoye, who criticised some Nigerian youths for lacking integrity and being fraudulent.

President Muhammadu Buhari had once described Nigerian youths as lazy, a narrative which Mr Osinbajo did not dispute when Mr Oduyoye mouthed a similar sentiment at the weekend.

“The work that the ministries did was the reason the likes of Oduyoye and I are here. Because our college (Igbobi College) was one that was founded by two Christian missions, the Anglican and Methodist missions, they gave quality education at a cheap rate so that we were able to afford it, and several of us were able to go to school and be the people we are today.”

He added, “So, I want to commend the church (Seventh-day Adventist Church) for this and again, to congratulate dear brother and friend, Oduyoye.”

Mr Oduyoye criticised the prevailing lack of integrity in some Nigerian youths and the engrossment in Internet fraud despite having the opportunities to engage in honest endeavours.

“Fear of God is a trait that has virtually disappeared in so many business owners in Nigeria. That is why we are in such a mess.

“Yahoo Yahoo seems to be epitomised, which should not be the case. It is like you can do whatever you like to make money, that is not the spirit of Godliness,” he said.

“Integrity is a recurring decimal in successful organisations and that is a virtue that is lacking in almost all of our youths. Lack of integrity is the trending thing in most parts of the country and that is why the nation is bleeding. Morally, many people are bankrupt and that shouldn’t be so,” the professor asserted.

His comments came on the heels of the FBI indictment of police chief Abba Kyari in a multimillion-dollar cyberheist.

Mr Osinbajo disclosed that the African Development Bank (AfDB) had agreed to support micro, small and medium enterprises, especially technology-based ones, with $500 million.

He explained that one of the things Mr Buhari’s regime did with small businesses during the COVID-19 pandemic and afterwards was introducing the MSMEs Survival Fund.

“The MSMEs Survival Fund gave almost a million businesses support after the pandemic. We paid three months’ salary of several of the MSMEs,” added Mr Osinbajo. “The AfDB has agreed to support the government with $500 million for MSMEs in technology in particular. We think this is something that will be very helpful in addition to the N75 billion, which the government has set aside for young people in small businesses.”