The tanker, due to an axle problem, overturned around 4:45 a.m. while making its way inbound Rounder from Oju-Irin, Lafenwa, spilling its content on the road. 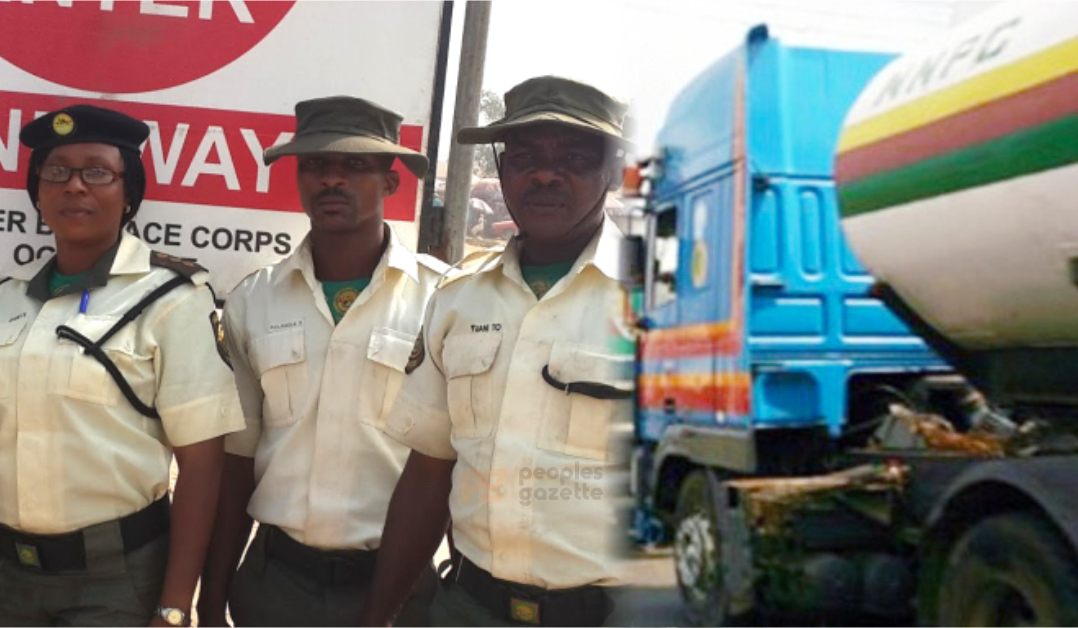 A composite of TRACE officers and Petrol tanker used to illustrate the story.

According to him, the petrol tanker was engulfed in fire due to the uncooperative attitude of people around the axis who were scooping fuel.

The TRACE spokesperson explained that the tanker, due to an axle problem overturned around 4:45 a.m. while making its way inbound Rounder from Oju-Irin, Lafenwa, spilling its content on the road.

He advised the general public to vacate the vicinity, saying that TRACE, police, the Federal Road Safety Corps (FRSC) and Fire Service were all on ground to put the situation under control.

“Moreover, the motoring public going inward Rounder axis from Lafenwa, should use Olomore and Oke-Ata axis respectively as alternative routes, since traffic has been diverted away from the area of incident,” he said.

Mr Akinbiyi stated that further information would be provided to the media as soon as possible.

Ahmed Umar, the FRSC Sector Commander in the state, confirmed the incident, saying that officers of the command are around to control traffic.

It was gathered that some shops in the axis were affected by the fire.