The Football Association said a “clear message” was being sent out that “we will not tolerate this type of illegal and dangerous behaviour.” 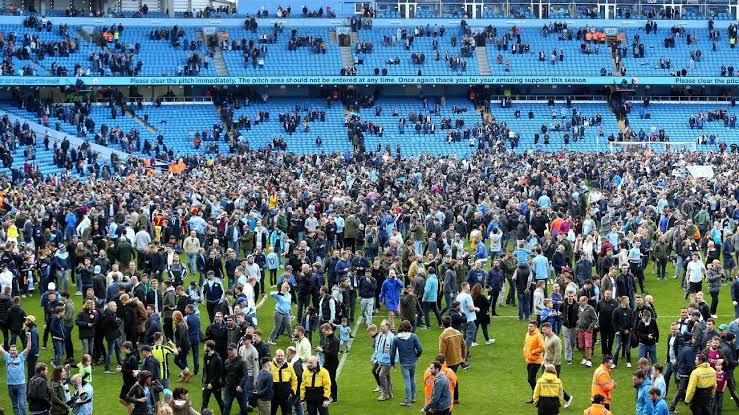 “The rise in anti-social behaviour that we saw in stadiums at the end of last season was entirely unacceptable and put people’s safety at risk.

“Together, English football has introduced new measures and stronger sanctions to send out a clear message that we will not tolerate this type of illegal and dangerous behaviour,” Football Association (FA) chief executive Mark Bullingham said in a statement on Monday.

Concerns were raised about safety issues at football grounds following a series of incidents which marred the end of the last season.

Supporters who carry or use pyrotechnics or smoke bombs will now receive an automatic club ban, and offenders reported to the police, while clubs will also face tougher policies and stronger sanctions.

The Football Supporters’ Association has backed the new measures, jointly launched by the FA, Premier League and English Football League from the start of the 2022/2023 campaign.

“It is the responsibility of everyone in the game, including governing bodies, clubs, players, coaches, and fans, to ensure that we all play our part in protecting our game and each other,” Bullingham said.

Nottingham Forest fan Robert Biggs was jailed in May after headbutting Sheffield United striker Billy Sharp during the Championship play-offs.

In another high-profile incident during a pitch invasion, Crystal Palace manager Patrick Vieira kicked out an Everton supporter after being goaded at Goodison Park.

Football authorities are working with police forces and the Crown Prosecution Service “to establish a new principle”.

This is for cases relating to entering the pitch without permission, as well as incidents involving pyrotechnics and smoke bombs.

Other measures to be implemented include improved searching of individuals entering stadiums, increased use of sniffer dogs, and working with social media platforms to remove fan videos of illegal behaviour quickly.