A Peoples Gazette reporter who visited the scene of the attack Thursday afternoon noticed expended bullet casing littering the premises of the construction site. 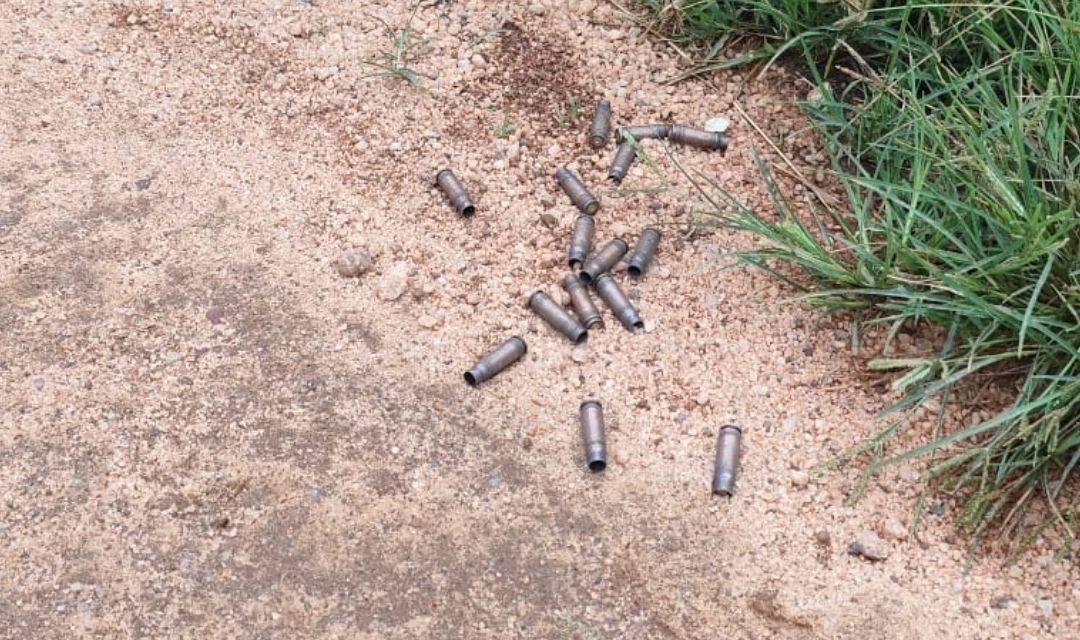 The police in Ondo have confirmed that the gunmen, who attacked a construction company in Owo, used an Improvised Explosive Device (IED).

“The Anti Bomb squad confirmed that an Improvised Explosive Device was used to burst a tractor tyre at the scene of crime,” Funmilayo Odunlami, the spokesperson for the state’s police command, said in a statement on Thursday.

Suspected gunmen had on Wednesday night attacked the Craneburg Construction Company, injuring two of the security guards manning the site.

The victims; Messrs Abraham Opara and Lawrence Rigumah are now receiving treatment at the Federal Medical Centre in Owo.

A Peoples Gazette reporter who visited the scene of the attack Thursday afternoon noticed expended bullet casing littering the premises of the construction site.

Also, the building housing the workers of the construction company was also riddled with bullet holes.

Speaking further in the statement, Ms Odunlami said the Commissioner of Police, Oyeyemi Odediran, leading the investigative operatives, had already visited the scene of the attack for an on the spot assessment.

She explained that security operatives are already after the gunmen and sued for calm among the residents of the state.

“The Command urges the people of the state to be calm as the affected area has been cordoned and investigation has commenced to unravel the mystery behind the incident.

“In the same vein, the command is using this medium to warn those who do not know the real situation of things not to cause unnecessary panic within the state by peddling unconfirmed stories relating to the incident”, the statement read.