Mr Okon said that Nigerians expect security agencies to secure the nation especially at this time when the country heads towards another general election in 2023. 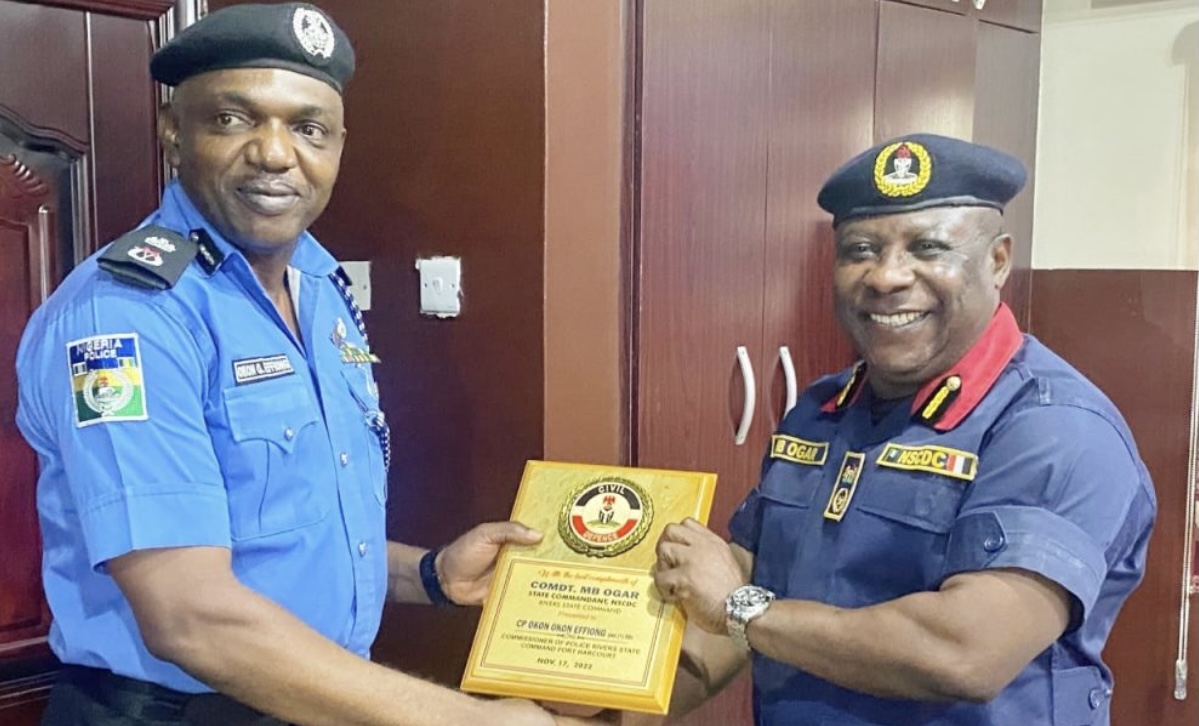 Commissioner of Police in Rivers, CP Effiong Okon, on Friday, solicited the support of the Nigeria Security and Civil Defence Corps (NSCDC) in tackling insecurity in Rivers.

Mr Okon made the call during his visit to NSCDC Commandant in Rivers, Micheal Ogar, according to a statement issued by NSCDC’s Spokesman, DSC Olufemi Ayodele in Port Harcourt.

Mr Okon said it was important for both security agencies to work together through joint security operations and intelligence sharing, to enhance the security architecture of the state.

“We must do this especially now that the campaigns have commenced and the nation is warming up for the 2023 general elections.

“Although the Police remain the lead agency in internal security, the police cannot do it alone because security is a collective responsibility.

“NSCDC has been and will continue to be a critical stakeholder, so we must collaborate with them, the military and other paramilitary outfits to carry out our primary purpose,” he said.

Mr Okon said that Nigerians expect security agencies to secure the nation especially at this time when the country heads towards another general election in 2023.

“So, we need to collaborate as no security agency has a monopoly of knowledge. A house divided against each other cannot stand.

“It will be a shame if we begin to fight before those who we are meant to protect in carrying out our constitutional responsibilities.

“We must educate those serving under us on the need to shun superiority complex and unnecessary rivalries because we are brothers from the same parent,” he added.

Responding, Mr Ogar affirmed the commitment of the command to work closely with the Police to secure the state from crime and criminalities.

According to him, the NSCDC under his command had recorded several successes in carrying out its mandate of safeguarding all critical national assets and infrastructures in the state.

“This also includes managing disasters through proactive warning against occurrence of disasters as well as rescuing victims during emergencies.

“We have also improved our training, supervision, monitoring of private guard companies and intelligence gathering, among others,” he said.

Mr Ogar warned that any personnel caught engaging in unruly behaviour that could cause infraction with the Police and other security agencies would be dealt with decisively.