Roads to be closed as Lagos holds marathon on Saturday

The race would commence at Tafawa Balewa Square and end at Teslim Balogun Stadium, Surulere. 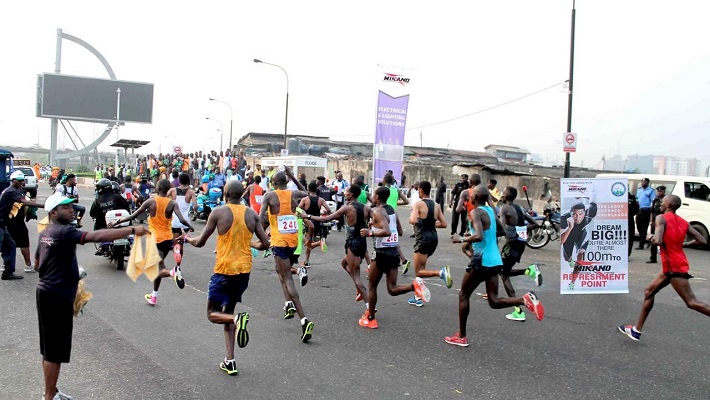 The Lagos State Sports Commission (LSSC) on Tuesday issued a travel advisory even as it announced its plans to hold the Y2020 mini-marathon for women tagged “Lagos Women Run” on Saturday.

LSSC spokesperson Titi Oshodi-Eko advised motorists to use alternative routes as some major roads earmarked for the race would be closed.

Ms. Oshodi-Eko said that the mini-marathon, which would be both virtual and actual race, will attract over 10,000 women who have expressed interest around the world to participate in Africa’s largest female fitness gathering.

“Any individual, team and organisation can also participate from anywhere in the world through the virtual run with the use of a LWR running App, which can be tracked and monitored, Ms. Oshodi-Eko said. “Only the elite and invited runners will participate in the “Real Run”.

“The actual race will be conducted in full compliance with all health and safety protocols of COVID-19,” she added.

Ms. Oshodi-Eko explained that the race would commence at Tafawa Balewa Square, passing through some major roads and highways before coming to an end at Teslim Balogun Stadium, Surulere.

“The Lagos State Government has, therefore, advised motorists coming from Victoria Island and Ikoyi to make use of Carter Bridge (Idumota Bridge) to Iddo – Oyingbo – Herbert Macaulay – Adekunle to connect to the Third Mainland Bridge

“Motorists from Orile-Iganmu Bridge going to Lagos should make use of Iganmu – Sifax – Ijora – Ijora Olopa – Carter Bridge to access their preferred destinations.

“The Lagos State Government appeals to road users to bear the temporary inconvenience the road restriction might cause,” she said.