The statewide vote is the United States’ first statewide electoral test since Roe v Wade was overturned in June, returning legal protections to the state level. 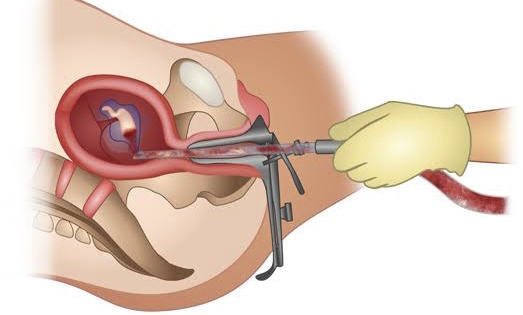 Kansas voters have rejected an effort to remove abortion protections from the state’s constitution, opting to preserve abortion rights in the state since the United States Supreme Court overturned Roe v. Wade.

On Tuesday, after 98 per cent of the vote was counted, 59 per cent of voters picked preserving abortion rights over the 41 per cent who supported removing the reproductive rights protections from the state constitution.

“This vote makes clear what we know: The majority of Americans agree that women should have access to abortion and should have the right to make their own health care decisions,” Mr Biden said in a statement. “Congress should listen to the will of the American people and restore the protections of Roe as federal law.”

Kansas laws allow abortion up to 22 weeks of pregnancy with several restrictions, including a mandatory 24-hour waiting period and mandatory parental consent for minors.

The statewide vote is the United States’ first statewide electoral test since Roe v Wade was overturned in June, returning legal protections to the state level.

“The Constitution does not confer a right to abortion; Roe and Casey are overruled, and the authority to regulate abortion is returned to the people and their elected representatives,” the court held.

In light of its reversal, about 12 states have banned abortion completely or after six weeks of pregnancy. Oklahoma lawmakers had approved a bill that would ban nearly all abortions and allow private individuals to sue anyone who helps women terminate a pregnancy.