Obi Cubana, Ike Nnobi et al., metaphors of what could have been

Only the discerning minds can overcome the temptation of mourning the decline of utopian ideals. 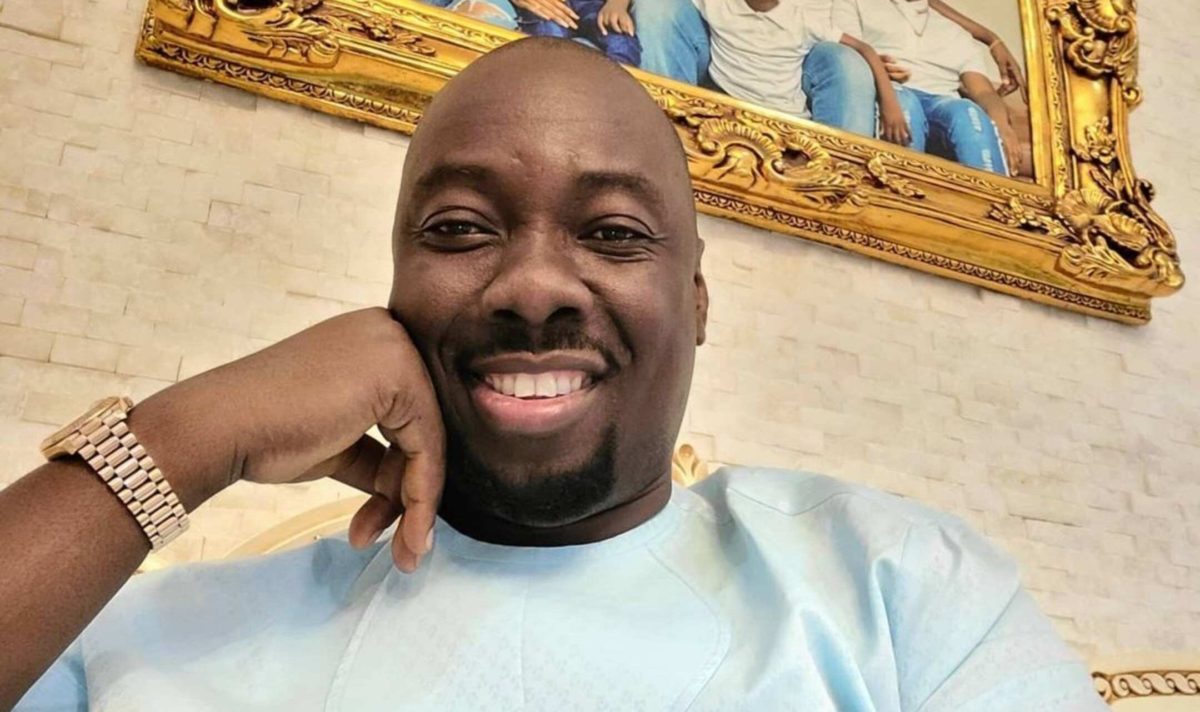 Until last week, I had never heard the name Obi Cubana. All that I knew of Cubana was all that lifestyle magazines say about the Cubana nightclub in Lagos. I had no idea who owned it. And then, Obinna Iyiegbu, aka Obi Cubana, held the funeral of his mother in Oba, Idemili North Local government of Anambra State.

As pictures and videos from the ceremony saturate social media, I placed a call to an Oba friend of mine in Boston. I asked a simple question. “Who is Obi Cubana?”

My friend did not know him. He told me Obi Cubana was a kid when he was at home. He also mentioned that Obi Cubana’s father was the principal of Merchant of Light, Oba, when he was a high school student there.

After high school at Dennis Memorial Grammar School Onitsha and obtaining a degree in Political Science from the University of Nigeria, Nsukka, the kid went out of Anambra, to Abuja, Owerri, Enugu, Lagos and did well for himself.

Every town or village in Eastern Nigeria has one or two Obi Cubanas. They are the often-misunderstood children of our wobbling Nigeria. They are kids who, despite the odds, have plowed through the rivers of injustice, the stench of corruption, and the air of insecurity to set up businesses, build networks, and climb to the top of the social strata of Nigeria. They are kids who, even when they are sitting in the deepest valley of despair, say to themselves that the world is theirs. In some weird ways, packed in them are the metaphors of what could have been in Nigeria.

There is one like him in Nnobi called Emeka Agbanari, Ike Nnobi of Seaman Mining and Constructions. Like my friend from Oba, I woke up one day to see pictures from Ike Nnobi’s father’s funeral. And then, videos started to emerge of his compound in Nnobi. And that was when I called my folks and asked, “Who is Ike Nnobi?”

For those from outside Igboland who watched the spectacle from Obi Cubana’s burial of his mother, the sense of confusion must be overwhelming. It is quite understandable. Some people were lost in what they saw as “a show-off” of wealth. The hundreds of cows presented as gifts by friends and associates; the hundreds of millions raised by Committee of Friends; the presence of Nigerian entertainment industry royalties at the funeral; the $100,000 pendant and so many others were all too ostentatious to many. Those lost in this narrative quickly generalised and attributed it to Igbo people’s irredeemable fatal flaw.

Some observers who hail the Dangotes of Nigeria and cheer their climb on Forbes’s list of richest men on earth grumbled about where these ‘kids’ legitimately found this kind of money in a country that has essentially closed down the doors of opportunities in the faces of many of its citizens. They postulated with profound confidence that acts of the Cubanas of Eastern Nigeria instigated Igbo boys to pursue wealth ‘by any means necessary.’ Meanwhile, these modern-day psychologists will fail flat on their faces when challenged to explain why the acts of the Dantatas and Indimis of Northern Nigeria have not inspired the almajiris to pursue success by the proper channels that the Dantatas and the Indimis apparently followed.

Some observers were more circumspect. They wondered about the opportunity cost of the opulence shown at Obi Cubana’s funeral of his mother. Some quickly assumed from afar that the people of Oba had not benefited from Obi Cubana’s wealth only to be assaulted by the “show off” at his mother’s funeral.

Without evidence, they proposed that the “waste” at the funeral could have been used to give scholarships to indigent students, help suffering widows and do some other good for the people of Oba. One group watched videos of the funeral convoy in and around Oba and pointed out the poor roads. They wondered why Cubana did not use his wealth to reconstruct bad roads in Oba as if Abdulsamad Rabiu used his wealth to reconstruct roads in Kano.

I have no idea what Obi Cubana has done for the people of Oba. But I know what Ike Nnobi has done for people in Nnobi. His philanthropic gestures of Ike Nnobi are the reason many sons and daughters of Nnobi who would otherwise not have been able to afford their school fees are in schools today. His goodwill has been a source of comfort for scores of underprivileged men and women. He has been the primary supporter of numerous community projects across Nnobi.

I can report that even before they become Obi Cubana or Ike Nnobi, they have contributed to their communities in small and big ways. Check very well, the fanfare that went on in Oba all week would not have happened if Obi Cubana were not a contributor to the strengthening of the Oba society. We can frown at some excesses of the chieftaincy title structure in Igbo society, but when it works, and in towns that it works, those who receive the honor; those who wear a red cap; are often those who made those villages and towns that you see across the East look better than their contemporaries in other parts of Nigeria.

In fact, every Igbo shop owner in the most remote part of Nigeria is an anchor of many people in his community at home. That some kids go to school in his extended family, despite the same generational poverty seen across Nigeria, is because of him. That some retirees eat three square meals a day, despite lack of reliable pension and social security benefits, is because of him.

That some remote villages in the East have electricity, paved roads, churches, and decent schools, despite the usual government’s neglect, is because of him. We often do not give them enough credit because this has become more like second nature. It is a well-known mantra in the East that before a young man is acknowledged to have made a success of himself, he must have contributed to the welfare of those at home.

And that is why the death of an Igbo shop owner in a religious and ethnic motivated attack anywhere in Nigeria is more than the death of one man. Unknown to those who storm the streets killing and maiming these men trying to eke out a living in a chaotic Nigeria, they were probably killing an Obi Cubana or an Ike Nnobi of tomorrow. Such death often sets families two or three generations behind. No amount of compensation in case of death in the hands of these deadly mobs, as recently proposed by a group in the North, can adequately capture the value added to scores of people in the East by what may look like a mere shop owner in Kafanchan or Yola.

Rarely do you see an Obi Cubana or Ike Nnobi on the national stage when the people of their town have not been giving testimonies to their contributions at home. Can more be done to harness the goodwill and network of these young men? Yes. Can more be done to channel these resources towards establishing long-lasting institutions and foundations that would outlive the founders? Yes.

But that is the job of those who sometimes spend more time criticising and condemning instead of guiding these “kids” and growing what they have achieved. If you check very well, the Fords, the Rockefellers, the Bill and Melinda Gates, and the MacArthurs were not the ones who fashioned the foundations built in their names. Most often, other smart people saw the potential in advancing society by utilising the philanthropic will of these men and women and came in and developed the foundations.

It goes without saying that there are some Igbo men who have amassed wealth and have used such to oppress their own people. They are the kind notorious for land grabbing and instigating discord where they came from. This group often uses connections at the national level to deploy security operatives to pursue their illicit goals. Despite the rut in Igbo society, in the long run, members of this group of wealthy men ultimately meet their waterloo. And their sins are passed on to their children and their grandchildren.

So, while we observe the Obi Cubana and the Ike Nnobi of this world, it is important to put what we see in the proper context. A stable and restructured Nigeria will only produce more of their likes, who build bridges along ethnic and across social-political lines and foster a sense of national unity. There are more things to be harnessed from the optics and the substances of the Cubanas than there are things to be discarded and denounced.

In one weekend outing, Cubana reduced the growing perception that the Southeast was a no-go area littered with unknown gunmen. Obi Cubana probably brought more people for their first visit to Anambra State in one weekend than all the people the NYSC program brings in one year. The money that Anambra gets each month from the federal government allocation is probably less than the money that Obi Cubana’s funeral of his mother brought into Anambra State last week. We cannot underestimate the economic importance of the Oba performance. Somehow, some of those naira and dollars thrown up in the air will end up in the purses and wallets of older men and women in Anambra State.

One can disagree on the proper way to bury the dead. One can wish that Obi Cubana had buried his mother the same way Mike Adenuga buried his in 2005. One can conjure up philosophical musings on youth, exuberance, and abundance mentality. But only the discerning minds can overcome the temptation of mourning the decline of utopian ideals in a country that has failed to launch and see the awesomeness of the arrows of possibilities that the gods still send to us from the heavens.