Rudolf Okonkwo: The day I reported Ibadan people to my son

The story highlights the dangers of mob action by showing how mob psychology erases reason. 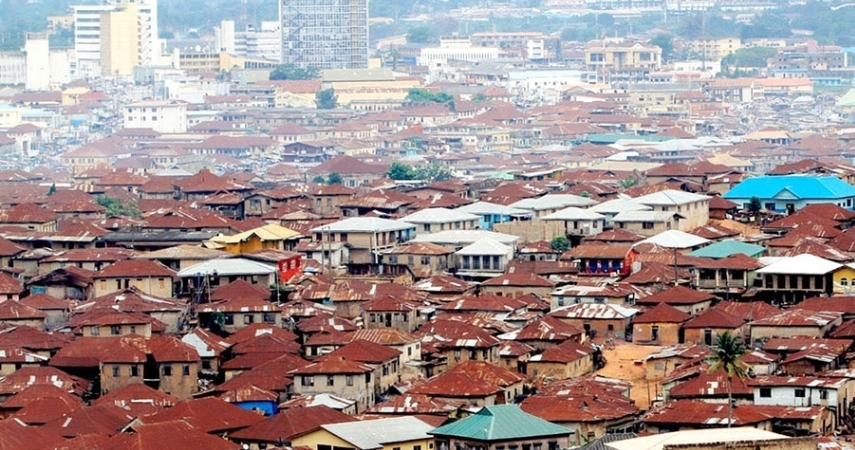 One of the joys of not being a Nigerian big man is driving my 14-year-old son, Ogonna Nwokem, to and from school. It is a particular bonding time for us, away from everyone else. We talk about what he is looking forward to on the way in. On the way back, we review what happened at school. It has become an essential ritual with numerous opportunities for teaching moments.

Two of the things I have followed intensely were his class’ reading lists and conversations in World History and Literature. When the class read Sophocles’ Greek play, Antigone, my son read the lead character. His analysis of the tragic drama was the first that made me wonder what the authors of the syllabus had in mind for the 14-year-olds in his junior high school class.

The theme of duty, following orders over applying critical thinking, was one of my son’s vivid take away. He could see from the life of Creon, the King of Thebes, the tragic consequences of doggedly insisting that what he believed was right when the reality pointed at a different spot.

As my son analysed the play, I saw Creon as Muhammadu Buhari, who has followed his irrationality and ignored the warnings and predictions of Tiresias, the blind prophet, until it was late. Juxtaposing the play further to the Nigerian situation, I imagined that just like Buhari and his opponents, Antigone and Creon claim they have divine sanction for their actions. But in the end, Antigone’s reverence for the unwritten natural law that demands the burial of his brother, Polyneices, supersedes Creon’s reliance on the man-made laws of the state that he leads.

Then, my son’s class read Shirley Jackson’s 1948 short story, “The Lottery”. Having this story on the reading list of 9th graders, not the senior high school classes, is fascinating to me. In the story, every year, a member of this small fictional town is stoned to death after being picked in a lottery.  Readers do not know this until the very end of the story.

In his analysis of the short story, my son picked up the theme of scapegoating. Members of the town believe that the yearly stoning guarantees good luck for their harvest. Metaphorically, it purges the town of bad elements amongst them and makes room for the good to thrive. The story highlights the dangers of mob action by showing how mob psychology erases reason.

In very chilling ways, the reader appreciates how violence and evil behaviours get a pass when a mob gathers in support of a viewpoint. The crowd often justifies its action by selling it to each other as tradition. That Shirley Jackson set the story in an unknown town shows that it can happen anywhere. Like Sophocles’ “Antigone”, Jackson’s “The Lottery” warns of the terrible consequences of blindly following traditions.

By teaching this to 14-year-olds, the foundation of critical thinking as a predisposition needed to be free and question authorities is embedded into Americans in their teenage years. Even those who will not go further in their studies will have that critical skill required to navigate today’s complex world after high school. Using ironies and figures of speech, Jackson shows readers the kind of world such tradition brings about. In the story, when Tessie is picked for stoning, she screams, “It isn’t fair, it isn’t right.” She didn’t complain all those years she has been participating in the stoning that it was not fair or right until she becomes the next victim.

As my son and I discussed “The Lottery” and his classmates’ take on the short story, we found ourselves talking about crowd and crowd psychology. Crowd psychology rests squarely on the imagined evaporation of individual responsibility once they are part of the crowd.

In an aggressive crowd, moral sense gives way for something Italian criminologist, Cesare Lombroso, said is “more profound than insanity.” Once a crowd with an intensely emotional state is on the move, it is often as if madness is on the move and individual intelligence is rendered impotent. It usually happens because of the implied difficulty in determining individual criminal responsibility within such a crowd.

Gustave Le Bon said such crowds bestow a sense of blanket anonymity on their individual members. Once in the crowd, individuals tend to disappear and lose their moral compass and follow the dominant ideas and emotions in the crowd.

Whether it is Sigmund Freud or Norris Johnson’s idea of mob psychology, the danger with an aggressive crowd on the move is that the dominant idea is often that of the least capable members or the average thoughts and the intentions of the members or the unconscious mind of each. It is the same even if a charismatic leader guides the crowd by taping on group psychology to influence others and demand conformity. In any of the cases, it does not and cannot represent high thoughts and high ideals but rather the least common denominator.

I noticed that my son still felt that “The Lottery” was primarily a work of fiction and, as such, that people could not be that unreasonable. And that was when it occurred to me that a similar incident happened in Ibadan the same week. I asked him to google a story from Nigeria of a mob that almost lynched a man in Ibadan for allegedly turning two school kids into yam tubers. He read the story and watched the video. In the end, he shook his head and said, “Daddy, did it happen for real? Would they have killed the man if the police did not intervene on time?”